Unfortunately, Virgin Samoa ceased operations in 2017. However, you can find flights on these similar airlines.

In 2017, Virgin Samoa eventually withdrew from the codeshare with Virgin Australia as the Samoan government felt that the country and its people weren't benefiting enough from the agreement. In November of the same year, Virgin Samoa announced that it would no longer fly and ceased all operations.

At the time that it ceased operations, Virgin Samoa operated a single Boeing 737-800 that it borrowed from Virgin Australia. 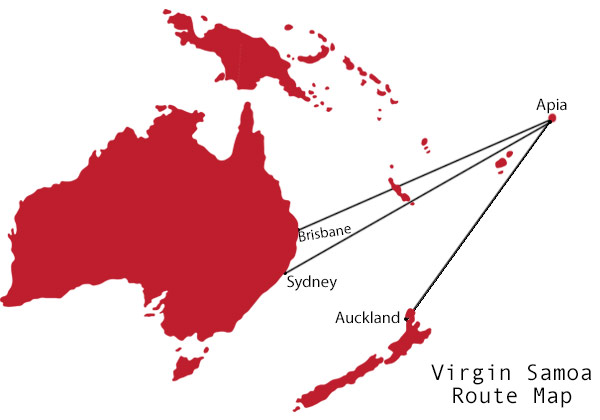