Make a Cubana Airlines Booking and Find Some Amazing Deals

Cubana Airlines, also known as Cubana de Aviación or Cubana, is the national airline of Cuba. With its hub at Jose Marti International Airport, Cubana de Aviación flies to more than 20 destinations across the Caribbean, the Americas and Europe.

The airline was founded in 1929 and began scheduled flights in 1930. It's one of the oldest airlines in the world and one of the first to come from Latin America. Originally, Cubana was a subsidiary airline of Pan American World Airways. It was later sold to private investors and then acquired by the Cuban government in 1959, when it officially became the flag carrier of Cuba.

Cubana de Aviación has a fleet of narrow body and wide body aircraft from manufacturers such as Antonov, ATR, Illyushin and Tupolev. Cubana's fleet is interesting for a national carrier in the fact that it has never used any aircraft from the major manufacturers, Boeing and Airbus.

Cuba de Aviaciòn ask that passengers arrive at the airport in good time to allow for check-in, security checks and baggage drop.

In each of those two classes, passengers can select the Lower Fare or an Unrestricted Fare, which will determine factors such as ticket flexibility. All factors will be made clear at the time of booking

On-board snacks are available for purchase, as well as an on-board magazine and back-seat table for laptops and convenience. Passengers can also enjoy duty-free shopping onboard.

Economy offers standard seating, with a good amount of legroom and seat width.

Business Class is Cubana's highest tier of cabin class, with its best service and most comfortable seats.

Before flying, make the most of a speedier service, with a dedicated check-in counter. Wait comfortably for your flight boarding with a VIP lounge. Receive a personal wash bag and amenity kit, and enjoy a welcome cocktail and a varied menu.

Relax in comfortable leather seating, within a separate cabin. Plenty of legroom and recline.

*Please note that this service is not available on domestic flights or flights leaving from Toronto.

There are no in-flight entertainment system onboard Cubana flights.

Passengers are given complimentary food and drink on all long-haul flights, which is inclusive of hot meals.

On short-haul flights, passengers can purchase snacks and drinks once in-flight.

Cubana doesn't currently have a frequent flyer program that rewards its regular passengers in place.

Cubana de Aviación isn't a member of any airline alliance. However, it does have codeshare agreements with the following airlines: 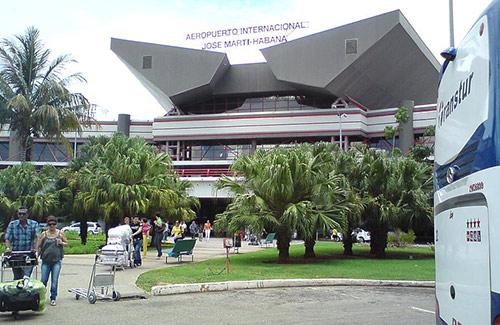