Make an Aero Caribbean Booking and Find Some Amazing Deals

Update: In 2015, Aero Caribbean merged into Cubana. Use the search form at the top of the page to search for flights on Cubana. Or, take a look at our Cubana page.

Aero Caribbean was an airline based in Havana, Cuba and operates scheduled domestic passenger services to four domestic destinations and international services.

The airline's main hub airport was at Jose Marti International Airport, Havana, and its fleet included ATR 42-300 and ATR 72-212. The airline was wholly owned by the government of Cuba.

Aero Caribbean also operated charter flights mainly within the Caribbean and South America. The airline was established in 1982 as Empresa Aero and started operations on 2 December 1982. Aero Carribean was established by the Cuban Government to provide domestic flights and regional charters to supplement national carrier Cubana.

Aero Caribbean was set to benefit when the Cuban Government announced the privatisation and enlargement Havana's airport. The Havana International Airport development project comprised of the renovation, extension and operation of the existing international terminals. These developments, when completed in 2020 were to provide the airport with a handling capacity of over 10 million passengers.

However, the airline merged into Cubana in 2015 before the airport renovation and expansion happened. 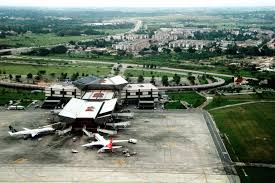