TAAG Angola Airlines is the state-owned flag carrier of Angola. The airline is based at Quarto de Fevereiro International Airport (LAD), Luanda and flies to over 25 destinations across Africa — with an extensive domestic route network in Angola — as well as to destinations in Europe and South and Central America.

The airline was founded under the name Divisåo dos Transporter Aéreos in 1938 and flew its first services from Luanda to Pointe Nore in 1940. In 1973, the airline rebranded to TAAG — Transportes Aéreos de Angola (TAAG Angola Airlines), which is the name that it flies as today.

TAAG Angola operates a fleet of entirely Boeing aircraft. The airline has more than 10 aircraft within its fleet and uses models such as the 737 and 777.

The free carry-on baggage allowance will depend on the route flown and cabin class that passengers are flying in.

The free checked baggage allowance will depend on the route flown and the cabin class flown in.

Checked baggage must not exceed the sum of 158 cm (length + height + width).

Passengers can check-in online via the TAAG online check-in page.

On international flights, online check-in is open between 36 hours and 90 minutes before scheduled flight departure time.

On domestic flights, online check-in is open between 24 hours and 60 minutes before scheduled flight departure time.

Online check-in is available when departing from the following destinations:

Passengers can also check-in at the airport of departure by visiting one of the check-in agents at the airline check-in desk. Airport check-in opens four hours before scheduled flight departure time and closes 90 minutes before.

The Economy Class cabin is modern and spacious. The airline's professional cabin crew will assist passengers with anything that they might need.

Passengers can order food and drink from the airline in-flight menu, with hot meals served on longer flights and light snacks and beverages served on all flights.

On select flights, passengers can access the airline's in-flight entertainment system through a personal TV screen attached to their seat.

The Business Class cabin gives extra space, with a more personalised service — perfect for those looking for a touch of luxury on their flight.

On the ground, passengers can enjoy priority check-in and access to the airline's Business Class lounge.

In-flight, passengers are treated to the Business Class dining experience, with food served on crockery, drinks served in glasses and metal cutlery.

Passengers can access the airline's in-flight entertainment system through a personal screen attached to their seat.

On longer flights operated by wide body planes, seats can be transformed into angled lie-flat beds through the touch-control pad on the seat. On these flights, seats are set out in a 2 x 3 x 2 formation and 182 cm (72") of pitch and are 50 cm (20") wide.

Passengers are given access to priority check-in and the airline's First Class Lounge.

Once in the air, passengers can enjoy the ultimate in-flight dining experience with a First Class three-course meal.

Passengers can also enjoy the airline's in-flight entertainment system, which can be accessed through the personal TV screen attached to each passengers' seat.

In-flight entertainment can be accessed through a personal TV screen that's attached to each seat. Headphones are provided.

WIFI is available for Business Class and First Class passengers on all flights operated by the Boeing 777-300ER. WIFI is complementary and is perfect for browsing the web, scrolling through social media networks, chatting with family and friends or catching up with emails.

Passengers are treated to complimentary hot meals on all long-haul flights, with higher-quality dining experiences offered to passengers who fly in Business Class and First Class. All meals are served with a choice of beverage, including hot, cold, alcoholic and soft drinks.

Passengers can order snacks and drinks on both short-haul and long-haul flights.

Special meals are available to order at the time of booking or with Alternative Airlines or the airline directly after the booking.

For every $1 spent passengers earn one mile, which can then be used to purchase or upgrade on future flights.

There are a number of status levels with Umbi Umbi, which are determined by the number of miles passengers have accumulated. All members start on the Classic status, which can then be upgraded to the Silver level and finally, to the Gold level. The higher the status level a passenger is, the more benefits they receive.

Here's all the benefits for each level:

TAAG Angola Airlines isn't a member of any airline alliance. However, it does have codeshare agreements with the following airlines. 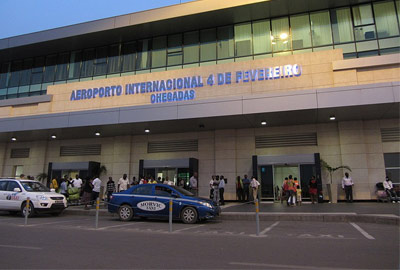 When travelling to and from Namibia, the Ministry of Home Affairs and Immigration is advising travellers to follow the following guidelines:

Any children under the age of 18 should carry a full birth certificate along with their passport.

Adults travelling with children who are not their biological children should be able to produce proof of consent from one or two of the child’s biological parents or legal guardian, in the form of a letter of an affidavit.

Unaccompanied minors should produce proof of consent from one or two of his or her parents or legal guardian, in the form of a letter of an affidavit, a copy of an identity document of the person who is to receive the child, as well as the contact information of all the mentioned.