Make a Utair Booking and Find Some Amazing Deals

Utair or formerly UTair Aviation after its rebranding in October 2017 is a Russian airline which operates domestic and international services. The airline was founded in 1991 and is based at Khanty-Mansiysk Airport (HMA). It is the third largest Russian carrier by passenger volume. Utair has been named the Best Regional Airline in Russia and the CIS at the Business Traveler Russia and CIS Awards 2016.

Russia’s Utair has received approval for 14X-weekly Moscow-Berlin service. The Moscow-Berlin service is currently operated by Russia’s Sheremetyevo-based Aeroflot, which flies to Berlin Schönefeld, and S7 Airlines, which started Moscow Domodedovo-Berlin Tegel flights in March 2016. Utair, which has bases at Moscow Vnukovo as well as at several airports in Western Siberia, is the fourth largest airline in Russia. From January-October 2016, it carried 5 million passengers, up 15.9% year-over-year.

Utair operate scheduled domestic and international services to destinations in Europe and the Middle East.

Utair serves 70 destinations in 11 countries across Europe, Asia and the Middle East.

What facilities are offered

Meals for economy class passengers aren't included in the price of your ticket water is still free, however. You can pre-order your Utair meals from a range of options that start from £2.18GBP. You can also enjoy inflight WiFi and entertainment whilst you're in the air. Flight attendants are on hand to offer service to your needs.

What seats are available

Seat pitch is 25 cm between other seats. They are comfortable to sleep in or to use a notebook even if the seat in front is reclined.

What facilities are offered

With business class, you will enjoy comfort onboard. You'll be offered an amenity kit that has a glass cleaning cloth, a shoeshine, a stain remover tissue, an eye mask, a pair of earplugs, a pack of paper tissues, a pair of socks, a comb, and a shoe horn will assist in making your journey really comfortable. The menu crafted by Utair's chefs who prepare a wide selection of starters and salads, soups and main courses, desserts, wine, cognac, juice and water.

As a Business Class passenger, you will have access to a large selection of starters, salads, soups and main courses. As well as a selection of alcoholic drinks.

What seats are available

Passengers will enjoy more spacious seats as well as comfy cushion, blankets onboard their flight and ample amount of legroom.

You may prefer to check-in online on Utair website from 24 hours before your flight departs.

STATUS Loyalty Program, participants now have the opportunity to purchase additional miles to receive awards and to transfer miles to accounts of other program members. members can use the bonus miles to book and purchase flights in real-time through the official UTair website. The tiers include Bronze, Silver and Gold membership and participants will benefit from miles granted per flights, special terms for luggage and carry-on transportation and free access to business lounges.

Utair doesn't currently partake in any airline alliance however it does have codeshare agreements with Turkish Airlines, FlyOne, Azerbaijan Airlines, NordStar Airlines and RusLine. 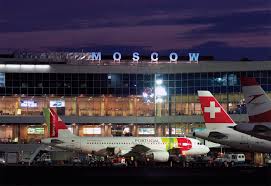 Utair Aviation's airport hub is getting a new terminal

Roschino International Airport (TJM), the hub of Russian airlines, Utair Aviation, is having a new terminal building built by Novaport Holding, a transport company that deals with regional airports within Russia. The new terminal will be 17,000 sq m and will allow for a significant increase in passenger growth. Roschino International Airport had yearly passenger traffic of 1.8 million people in 2017, and with the new terminal, that number is expected to rise by nearly 20%, meaning the airport would handle 5 million passengers per year.

The airport recently underwent a five-year reconstruction project that saw passenger traffic grow from 250 people per hour to 600 people per hour. However, Novaport Holding felt that there's a demand to further expand the airport and bring even more traffic in with the arrival of a new terminal.

Airbus and Boeing have long been in a battle over the number of orders they take in, and according to reports, April of this year was no different. Statistics show that Boeing outsold Airbus 78 to 68 in April 2018. Utair Aviation was among the airlines that Boeing sold to.

The following is an overview of the sales that Boeing made in April 2018:

Utair Group — the Russian airline group that operates Utair Aviation — has reported a net profit of €36 million in 2017, along with the following financial reports:

Russia’s Utair Aviation has started operating Sukhoi Superjet 100s (SSJ100) aircraft that belong to IrAero Airline, a company based in Irkutsk, after forming a mixed cooperative partnership where Utair assumes marketing and financial operations and IrAero supplies flights, staff and technical support under contract on Utair routes. The first flight left Moscow International Airport earlier this week and will perform 3 services a day from the Russian capital to Kazan, as well as daily services from Moscow to Arkhangelsk, Nalchik and Ulyanovsk. According to the carrier, the SSJ100 is more efficient on short routes, such as these. Utair’s passenger traffic increased from 18.9% in January-February 2018 to 1.13 million. The carrier will further develop its network for the summer season and forecasts additional traffic growth, Utair passenger airline president Pavel Permyakov said.

Russian carrier Utair starting this month is launching new service at Kaluga, including the offering of 5 new routes. Onboard ATR72 aircraft, planned new routes include: