Star Perú flies to domestic destinations within Peru, and its fleet is comprised of a mix of British Aerospace aircraft, most of which transport passengers, while one other carries cargo. The airline was established in May 1997 as Star Up S.A., with Peruvian and Ukrainian capital and began scheduled commercial domestic flights and acquired their first Boeing 737-200 in 2004. The airline commenced operations providing freight transport services and charter flights for domestic and multinational companies, with a fleet composed of Soviet-made Antonov aircraft.

Star Perú allows its passengers to carry 1 piece of hand luggage, provided it does not exceed 4kg in weight and is no more than 40cm x 35cm x 20cm.

The baggage allowance for each passenger is 25 kg, distributed between a maximum of 2 items of luggage for each passenger. Baggage items must not exceed the following dimensions: 75 cm high, 45 cm long, 35 cm wide, or 155 linear centimetres. Any baggage amount that exceeds the maximum baggage allowance permitted is considered baggage excess. It can be ultimately transported prior payment of USD$1.77 (sales tax incl.) per each extra kilo.

If passengers’ baggage is over the free allowance, they we be subject to pay for excess baggage. This currently stands at $2.50 USD + VAT per kilo.

Online check-in is available on the Star Perú website.

The airline flies to the following destinations within Peru: 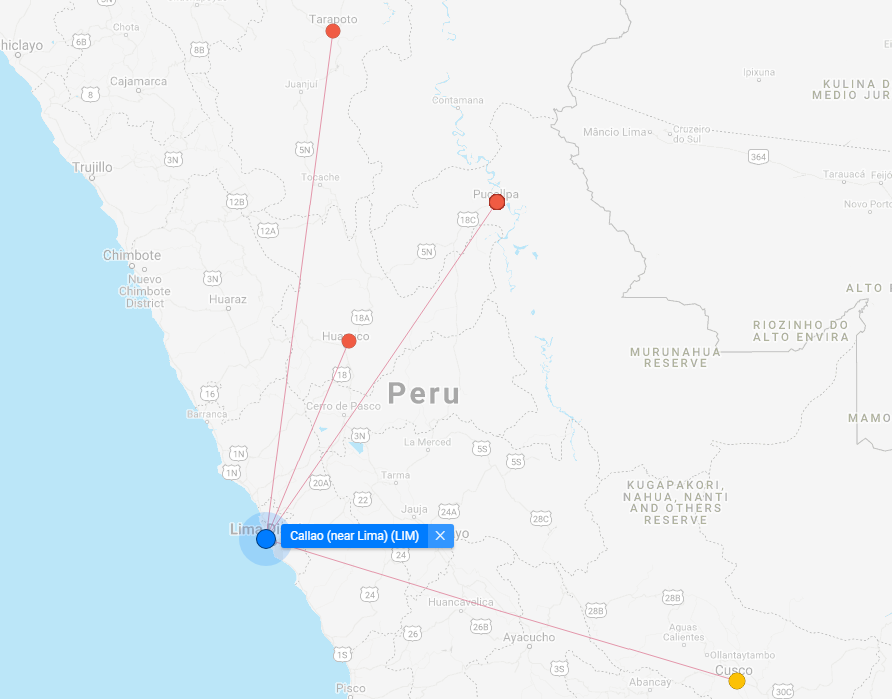 The Star Peru fleet has gone through many different transformations but, as of 2018, includes 6 Bae 146 and 2 CRJ 200s. In 2004, the airline added its first Boeing 737-200 to its fleet and began commercial operations to its first destination, the city of Pucallpa. A year later Star Perú its name to StarPerú and gradually acquired more Boeing 737-200 aircraft until its fleet numbered five airliners. Star Perú decided to update its fleet with more efficient aircraft better suited to Peru and its airports in 2008, with the British-made plane, the BAe 146. The renovation of the fleet was completed in early 2010, with the withdrawal of the last Boeing 737-200 aircraft. Later that year, the company overhauled its corporate image, and colours, and thereby heralding a new period of growth.

Please click on the logos below to find airlines that fly similar routes to Star Perú:

Star Perú and Peruvian Airlines have signed a code-share agreement that will allow each airline to sell the other's flights in an attempt to better compete with other airlines in the country.

The new agreement will Star Perú airline a wider variety of flights, better services, and more economic fares for their passengers. Put together, both airlines currently account for 26% of national air traffic in Peru.

General Manager of Star Perú, Roman Kasianvo, stated the new agreement will benefit passengers greatly as it will offer the best of both airlines with a single ticket.