Make an Air Botswana Booking and Find Some Amazing Deals

Air Botswana, is Botswana's state-owned national flag carrier. The airline operates scheduled domestic and regional flights from its main base at Sir Seretse Khama International Airport to cities and regions such as Kenya, Malawi, South Africa, Zimbabwe, and Zambia.  Customers can benefit from the airline's frequent flyer Program, accommodation and cargo carriage on scheduled passenger services throughout the week.

Botswana is rated highly for its democratic traditions and stability, its robust economy, its sound and transparent administration, and its outstanding natural attractions.

The carrier has contributed fully to the phenomenal growth of the country that it serves well, and in so doing has built a wide reputation for quality air services that is quite disproportionate to its modest size.

Civil aviation is a key barometer of national development. A country’s ability to provide reliable air services and to handle air travellers safely and efficiently is essential if it is to take its place as a full member of the international community.

The national carrier of Botswana is committed as the national carrier to continuing to provide world-class services to domestic travellers and to visitors who come in increasing numbers to do business in a vibrant economy, and as tourists to experience the outstanding natural attractions with which Botswana is so richly blessed.

The country’s first airline, Botswana National Airways Corporation, wholly owned by the Government, was not profitable and had to be liquidated. The economy at the time was chronically underdeveloped and the travel and tourism industry in its infancy. A second attempt by the Government and some private investors to operate a viable airline also failed.

Then came the formation of Air Botswana (Pty) Limited as a subsidiary of the Botswana Development Corporation, which was established by the Government in 1970 to be the country’s main financing agency for commercial and industrial development.

Air Botswana (Pty) Limited was essentially a ticketing and ground services company, with scheduled air services being carried out on its behalf by a partner airline, Air Services Botswana, which was owned by South African and Swiss interests.

This arrangement operated from l973 to 1982 when the Government again took over responsibility for the provision of national air services.

In the 1980s the economy was developing rapidly, with impressive growth in foreign trade and tourism, and the Government gave full support to the development of air transport, designating Air Botswana the national flag carrier in 1987.

This marked the true birth of today’s Air Botswana, and signalled the start of concerted development of what was to become a model African carrier, quickly earning a wide reputation for quality air services that was – and continues to be – quite disproportionate to its modest size.

A major later development was the introduction of online reservation and ticket payment. The airline flies you to popular safari destinations such as Chobe National Park, find out about other airlines offering safari flights here.

All rules and regulations on travelling with a service animal, pet, or an emotional support animal, on Air Botswana flights. All the information on Alternative Airlines needed for flying with an animal on a plane.

Air Botswana Economy Class is the airline's only cabin class.

Passengers can order food, as well as hot and cold drinks from the airline's inflight menu. On certain aircraft, passengers will be given access to the airlines' inflight entertainment system, where they can watch a range of videos.

Economy Class seats can range from 40—over 160 seats in the cabin, depending on the aircraft and route flown. Seats are set out in either a 2 x 2 or 3 x 3 formation. The cabin is designed to give each passenger a spacious and comfortable journey. 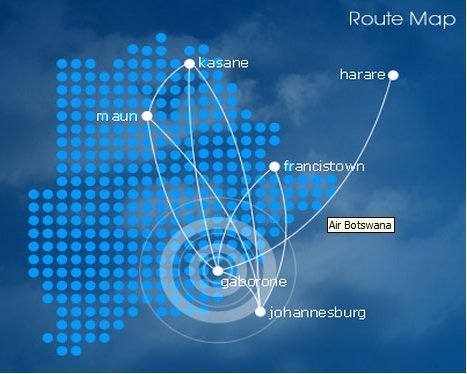 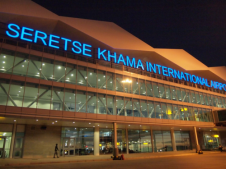