Helvetic Airways is a Swiss Airline based at Zurich Airport and operates to 34 destinations worldwide.

Since 2006 it has had a new management team who have changed the focus of the airline, dropping business routes (like London) and concentrating on holiday destinations not offered by competing airlines from its home base at Zurich. Recently Swiss aviation has been in a recovery phase following the shock demise of its grand dame Swiss Air. Helvetic - with its distinctive pink paintwork - is a good value option for flights to holiday destinations from Zurich.

Helvetic Airways passengers have a carry-on bag allowance of 1 bag, weighting up to 5 kg.

Helvetic Airways passengers have a checked in bag allowance of a maximum weight of 23 kg.

All of the airline’s planes offer both Economy Class and Business Class seating.

All of the airline’s planes offer both Economy Class and Business Class seating.

A high-quality snack or meal (depending on the time of day & flight) is offered to passengers on all routes.

Indulge in a unique duty-free experience; you can find the Fly&Buy duty-free catalogue on board!

On most routes, Economy Class passengers can, for a fee, pre-reserve seats up to 24 hours prior to departure.

Comfortable seats with lots of legroom. Seats are upholstered in neutral beige leather with good-size fold-out tray tables. Seats are set out in either a 2 x 2 or 2 x 3 formation.

As well as enjoying flexibility with regards to fare conditions (semi-flex and full-flex), business travellers can also benefit from: free baggage allowance increased to 30 kg, plus two pieces of hand luggage; access to business class lounges; priority check-in desk; and the provision of onboard meals according to flight time.

Seats are set out in a 1 x 1 formation, are made from leather and have a pitch of 33 inches. 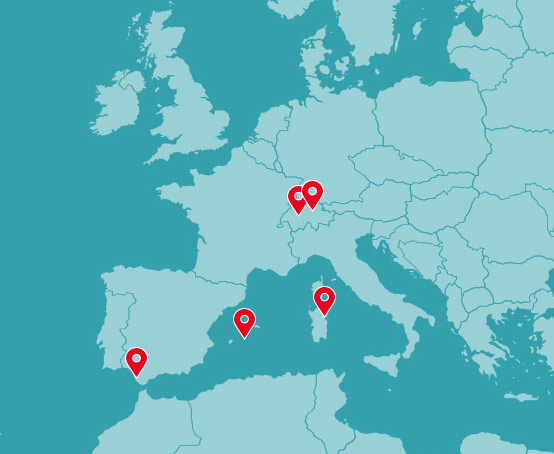 Zurich Airport is the largest airport in Switzerland and is the main hub of Swiss International Airlines and Helvetic Airways. Other airlines which fly to and from Zurich Airport include Edelweiss Air, Germania Flug, Swiss Global Airlines, Austrian Airways, British Airways, Corendon Airlines, Croatia Airlines, American Airlines and many others. The airport has three runways and can handle nearly 30 million passengers every year. 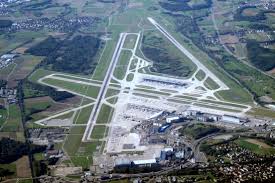