Make a Mango Airlines Booking and Find Some Amazing Deals

Unfortunately, Mango ceased operations in July 2021. Click on the logos below to see airlines that operate similar routes to Mango.

Mango Airlines SOC Ltd. was a state-owned South African low-cost airline. Mango operated flights to Johannesburg, Cape Town, Durban and many other destinations across South Africa. Mango was based near Johannesburg at OR Tambo International Airport and was a subsidiary of South African Airways. Formed in 2006, Mango quickly became one of the success stories of African Aviation. The airline had a fleet of four matched new generation Boeing 737-800 aircraft with a seating capacity of 186 passengers and offered a purchase on-board service for snacks and drinks. With a vibrant Orange colour scheme and a passion for making low cost flying fun, Mango also took pride in being a major part of making domestic air travel available to more ordinary South Africans.

Mango Airlines mainly flew within South Africa, including to destinations such as Cape Town, Durban, George, Bloemfontein, Johannesburg, East London and Port Elizabeth. As well as this, the airline flew one international flight to Zanzibar. 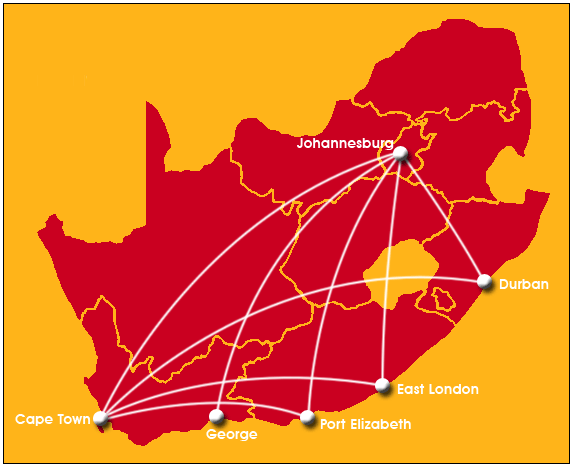 Passengers on Mango Airlines flights were given a free carry-on baggage allowance of 7kg, with a maximum size limit of 36 cm x 23 cm x 56 cm. In addition to this, Mango Airlines passengers were allowed to bring a personal item with them on the plane, such as a handbag, laptop or a small rucksack.

Passengers could purchase additional baggage for their Mango Airlines flight, however, no single piece of baggage was allowed to weigh more than 32kg.

Passengers could check in for their Mango Airlines flight by visiting the Mango Airlines check-in counter at the airport that their flight was departing from. Check-in opened two hours before the scheduled departure time of the flight and closed 40 minutes before.

Mango Airlines only offered one class in its cabins; economy class. Their aircraft had recently been updated, giving new and improved seats with greater legroom. However, this was only available on select aircraft as it was slowly being rolled out to all planes in the fleet. Passengers could opt to select a seat for their flight for a small fee.

MangoTV was the airline's in-flight entertainment system. Passengers could enjoy a range of different entertainment, including travel shows, news, sport and more, available to watch on shared screen in the aisle of the cabin. Each passenger was given a pair of headphones, which they could plug into their seat for audio.

Mango offered a wide range of snacks and drinks. From fresh sandwiches to crisps, nuts and chocolate, the airline had something for passengers who are looking for a light bite or something to nibble. In addition to this, the airline offerde a variety of beer, wine spirits, hot and soft drinks.

Mango Airlines were set to join Star Alliance as a Connecting Partner in the third quarter of 2016. Star Alliance is the largest global airline alliance by passenger count. Star Alliance's 27 member airlines operate a fleet of about 4,000 aircraft, serve more than 1,000 airports in 194 countries and carry 637.6 million passengers per year on more than 18,000 daily departures.

Star Alliance is the leading global airline network, which has 27 member airlines. Star Alliance was founded in 1997 with the five founding airlines: Scandinavian Airlines, Thai Airways International, Air Canada, Lufthansa and United Airlines. The alliance has grown considerably now to airlines which fly to 1,321 airports and 193 countries, carrying 637 million passengers every year. Being a member of Star Alliance would help you get discounts on Mango ticket prices. 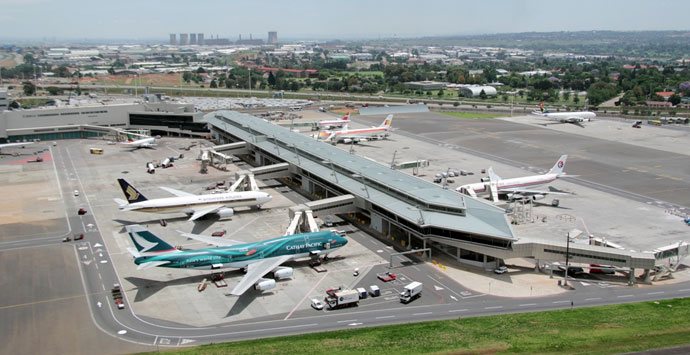 Mango Airlines has had its licence suspended for at least 2 years. The airline ceased operations at the end of July 2021 over a lack of funding to rescue the business and has been grounded since then.

Mango Airlines ceases operations over a lack of funding

Mango Airlines has officially ceased operations due to the lack of funding required for its business rescue. The airline has been grounded since July 2021.

Mango Airlines is continuing to offer domestic flights within South Africa. The airline previously stopped flying to its one international destination, Zanzibar, Tanzania after a government travel band but it will remain operating all flights internally within South Africa as normal.