Please can we suggest looking at these alternative airlines that fly similar routes to Esen Air, by clicking on their logos.

Esen Air was an airline based in Kyrgyzstan that was founded in 2006. It was based at Manas International Airport in Bishkek. The airline flew between Bishkek and Karaköl. Its fleet included 2 Boeing 737-200.

Unfortunately, the airline ceased its scheduled domestic and international charger services in December 2008.

Before ceasing flying operations in 2008, this airline used to fly domestically in Kyrgyzstan between:

Before ceasing, the airline operated the following aircraft:

Esen Air was based at Manas International Airport, which is the main international airport in Kyrgyzstan. The airport is located 25km away from the capital of Kyrgyzstan, Bishkek. Other airlines that operate from the airport include Aeroflot, Air Kyrgyzstan, Air Manas (formerly Pegasus Asia), Turkish Airlines and Ural Airlines. 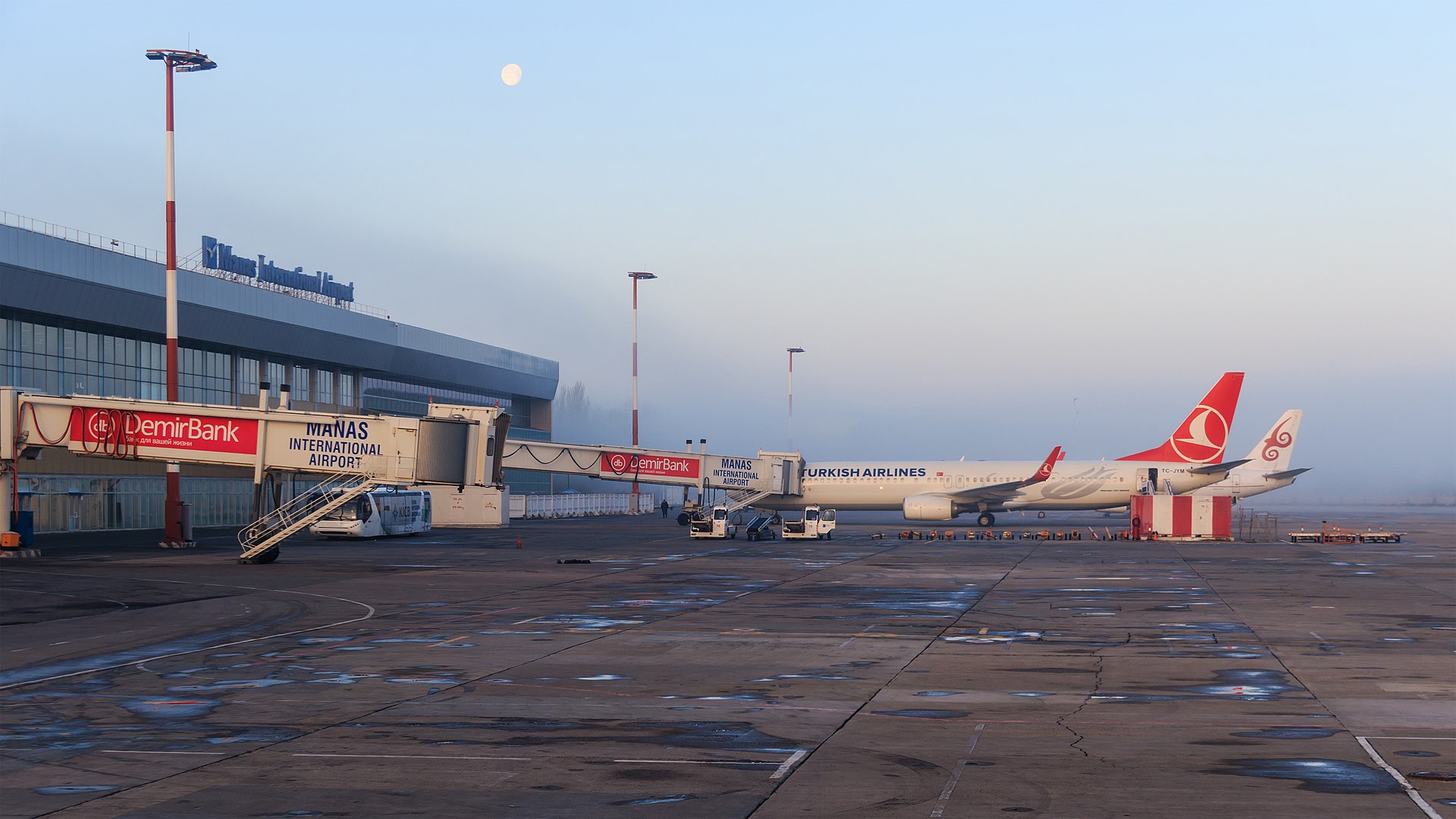