Book flights to the Florida Keys

If you are flying to the Florida Keys then it has never been an easier option than booking with Alternative Airlines. We have made it easy to search for and find the perfect flight for you. With over 600 airlines and a range of payment options, we help get you that one step closer to your vacation. Also offering the revolutionary virtual interlining product you can depart from virtually anywhere and head to the Florida Keys with multiple airlines on multiple legs. If you want to find out more and book then use our flight search tool or contact our customer service team.

About the Florida Keys

The Florida Keys is an archipelago off the coast of southern Florida, in the Gulf of Mexico and the Atlantic Ocean. The major city and island on the archipelago is Key West, that's home to hundreds of hotels, bars and restaurants. The island is famous for the Duval Street with abundant nightlife, perfect for night owls! If you want to soak in a bit of culture head to the Ernest Hemingway museum and home or embrace the natural culture and dive under the sea and see the reefs and various fish. The islands are a natural paradise offering something for everyone. Perfect for the partier, explorer or beach holiday relaxer! Search now and get that bit closer to your vacation! 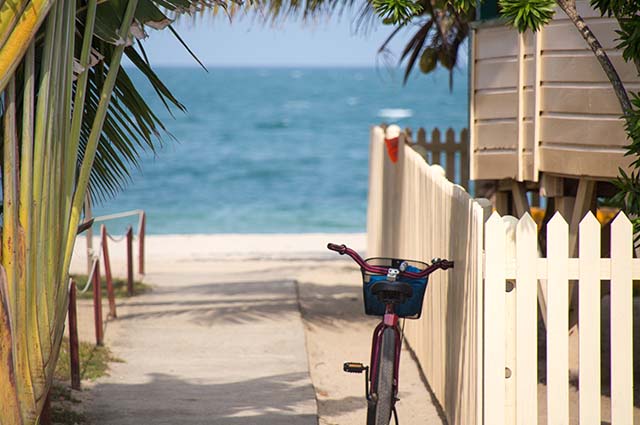 How to fly to the Florida Keys

It is easy to fly to the Florida keys from the Domestic US. There are 3 airports within a 4-hour drive all serviced by multiple US carriers. JetBlue, United, American, Allegiant and South West are just some of the airlines which fly to the area. This makes connecting to other major US cities easy as key destinations such as Los Angeles, San Francisco, Dallas, Chicago, Boston, New York, Atlanta and more are all covered. With our virtual Interlining platform you can easily depart from any domestic city and connect via a range of cities onto the Keys. You now aren't just limited to the major carriers hub airports.

Travelling from further afield? Don't worry this is easy to do too! Although Key West airport only offers domestic airlines and domestic routes, Miami International which is about 3.5 hours north of the Archipelago has a whole range of international services. You can easily able to fly to Europe, Canada, Mexico, the Middle East, North Africa as well as South and Central America. Multiple international carriers also serve Miami making your choice of airline and option even better. You can fly with Air Canada, Aeromexico, Air France, British Airways, Qatar Airways, LATAM, Virgin Atlantic and many others. Check using our flight search tool now!

Airports close to the Florida Keys

The Florida Keys has 3 major airports located close to the archipelago. Key West is the closest and easiest airport as it is on the island of Key West, the last in the chain. This means that by flying into this airport you can have a transfer time of under 20 minutes to the downtown of the island. The airport is serviced by domestic carriers only, so you can easily connect via one of their hubs onto a wider route map. Miami and Fort Lauderdale are within a 4-hour drive of the islands, meaning it isn't as quick to be transferred as like Key West. However, both airports offer a wider route network with more direct services and a greater level of airlines. Major domestic and international carriers operate to both airports making them attractive alternatives.

Key West International Airport is the closest airport to the Florida Keys as it is located on the island of Key West, the island at the end of the archipelago chain. This means that the airport is only about 15 minutes straight to downtown Key West, meaning rapid transfer times so you can start your holiday sooner. The airport has multiple domestic carriers that fly into it, however, no international carriers operate to the airport. Some destinations from the airport include New York, Indiana, Cincinnati, Orlando, Atlanta, Boston, Chicago and more. The airport doesn't offer any public transport meaning that you will either have to take a taxi or use one of the car rental companies to get around the islands from the airport.

Miami International Airport is about 3.5 hours drive from Key West Island. Although further, the airport boasts an extensive route map and a wide range of airlines to choose from. You can easily fly from destinations such as Moscow, Buenos Aires, Toronto, Madrid, Paris, Atlanta, Belize City, Chicago, Denver, Philadelphia, Los Angeles, London, New York, Bogota, Montevideo, Tel Aviv, Dubai, Helsinki, Aruba, Rome, Istanbul and more. The airport has an extensive ground transportation network serving it, making it easier for your onwards journey. The airport has a metro service, train line and bus service to help ferry passengers from the airport around Miami. There is a Greyhound bus service that also directly shuttles you from the airport to the Floria Keys, making this an attractive option. The airport also boasts multiple car hire facilities if this is an option you would prefer.

A third option that may be interesting for you is Fort Lauderdale Hollywood International. This airport is located just under 4 hours from the Florida Keys, making it another attractive option. The airline has multiple domestic and international airlines which service it meaning you can directly fly to Toronto, Quebec, Los Angeles, Seattle, Indianapolis, Chicago, Boston, Bogota, Nassau, San Francisco, Guatemala City and more. The airport has a public bus service which gets you into downtown Fort Lauderdale as well as many car hire and taxi facilities. There is no direct bus service to the Florida Keys from the airport so you would need to head downtown and change busses or hire a car or taxi.

Key West airport offers the best option for quick transfer times, however, their route map is very small with only a handful of domestic carriers and no international routes meaning you would have to connect via an airlines hub. Miami International could be a great option for you as it is 3.5 hours away with excellent public and private transport links as well as a diverse airline and route portfolio. Fort Lauderdale offers more domestic and international services than Key West but is the furthest option. Use our flight search tool to find out which option may be best for you! 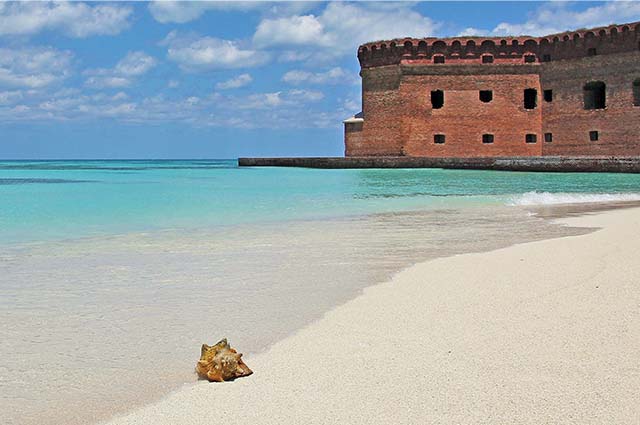 Can I fly to the Florida Keys?

Yes, flying is an option to getting to the keys. Key West is one of the major islands in the archipelago and has an airport making it easy for you to fly in. Miami and Fort Lauderdale airports are both within 4 hours drive of the island chain offering you an alternative airport, both with extensive international route networks.

How do I book flights to the Florida Keys?

You can easily book a flight to the Florida Keys with Alternative Airlines. Use our flight search tool at the top of the page and search for flights to Key West, Miami or Fort Lauderdale today! Find a whole range of flights to each destination from your departure city with ease. We even offer virtual interlining meaning you can fly multiple different airlines to get you from A to B.

Can I pay in any currency?

How can I Pay?

We've never made it easier for you to pay for your flights. We accept Visa, Mastercard and American Express if you want to pay in full at the checkout, either with debit or credit. But we understand that flights can be expensive and finances uncertain, so we even offer 'Buy Now, Pay Later' methods, making the experience even more flexible. You can easily pay with Amazon Pay, Affirm, Paypal, Klarna, Zip and many more. Check our payment methods page, for more details and consult your payment method for eligibility and T&Cs.