Are you looking for flights to and around Balochistan and not sure where to start? Look no further! At Alternative Airlines, we have 650+ airlines available for you to book with as well as 40+ different ways to pay, making it easy for you to find and book your flights to Balochistan with as much flexibility as possible!

Why Buy Flights to Balochistan?

Balochistan is one of the four provinces in Pakistan and is located in the southwestern region of the country. It's the largest province in Pakistan but also the least populated one with very remote towns and villages. Balochistan consists of rugged mountainous terrain and an abundance of scenic hilltops.

The main city in the province, Quetta, is surrounded by the Sulaiman Mountains. Balochistan also has a long coastline stretching from Jiwani to Karachi. The province has an extremely arid climate so the best time to visit is from October to February when the temperatures are warm and pleasant. 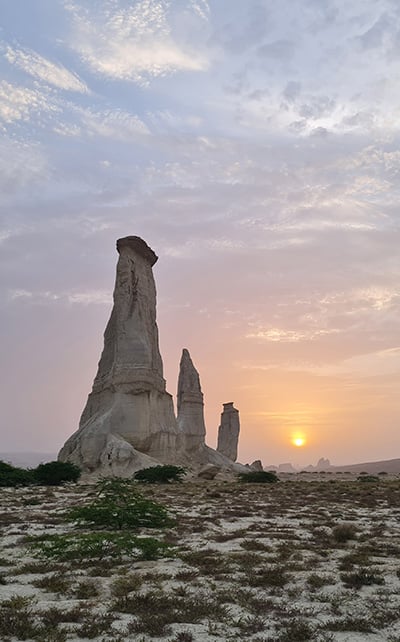 Use our search form at the top of the page to book your flights to Balochistan today!

Quetta International Airport is the largest airport in Balochistan. This airport is a hub for Pakistan International Airlines. It has 2 lounges for both domestic and international routes. Quetta Airport is situated 12km away from the city centre and is accessible only by car/taxi with a journey time of around 40 minutes depending on traffic.

Fly to Quetta from:

Turbat International Airport is situated in Turbat, Balochistan. It's the second largest airport in Balochistan and is located just 5m south of Turbat City. At the moment, the airport serves the population of Turbat and the surrounding areas of Pidarak, Karkiabdar and Kalatak.

Turbat Airport currently has one domestic and one international lounge each as well as a restaurant inside the terminal building, accompanied by a snack bar and tea shop. The airport is only accessible by car/taxi or on foot from the city centre with a journey time of around 10 minutes by car.

Fly to Turbat from:

Gwadar International Airport is an international airport serving the city of Gwadar and its surrounding areas. It's situated on the coast of Balochistan in Pakistan. This airport is a hub for Pakistan International Airlines and consists of many facilities for passengers to use, including prayer services and lounges.

Fly to Gwadar from:

If you're planning to fly to or from Balochistan, there are a handful of airlines you can use including Air Arabia, airblue, AirSial, Flydubai, Fly Jinnah, Pakistan International Airlines and Serene Air.

Direct flights to Balochistan are only available from other cities in Pakistan as well as select cities in the UAE, Saudi Arabia and Oman.

Direct flights to Balochistan from outside of Pakistan, Saudia Arabia, the UAE or Oman don't currently exist and you'll likely need to reach the region through connecting flights with 1 to 2 stops. The best way to reach Quetta, Turbat or Gwadar from outside of Pakistan is to book a flight that stops over at Dubai before reaching cities in Balochistan. Dubai International Airport serves over 140 airlines flying to over 270 destinations across the globe and is a key airport that opens the gateway for travel between all six continents.

Which airlines fly to Balochistan?

If you're planning to fly from the UK, Europe, the USA or any other country that isn't Pakistan, Saudia Arabia, the UAE or Oman, you'll need to book a connecting flight as direct flights are not yet available between these regions and Balochistan. The most ideal option is to book a connecting flight to Balochistan that stops over in Dubai. Many major airlines fly to Dubai including Emirates, United Airlines, British Airways and Cathay Pacific, among others.

Can I buy flights to Balochistan and pay later?

Of course! When you search for your flights to Balochistan with Alternative Airlines, you can secure your booking using one of the many flexible pay-later options we offer at checkout, such as Afterpay, Klarna, Tabby, Postpay and Spotii, among others. Using Buy Now Pay Laters at Alternative Airlines means you can spread the cost of your flights over time and pay in instalments on a weekly, bi-weekly or monthly basis, depending on the plan you've chosen.

Please note that depending on where you reside and the currency you choose to pay for your flights in, different Buy Now Pay Later options will be available at checkout and the repayment length also varies with each payment plan provider.

Which airports can I fly to in Balochistan?

Can I fly direct to Balochistan?

Direct flights to Balochistan are only available from the UAE, Saudia Arabia and Oman as well as select cities in Pakistan. If you're flying to Balochistan from major cities in the US, the UK, Europe or any other region in the world, we recommend booking a connecting flight that stops over in Dubai before reaching Balochistan.