The continent of Europe consists of over 45 countries, all of which are full of history and culture waiting to be explored. Planning a tour around Europe? If so, you'll likely be flying on inter-European flights. With an abundance of countries to visit, flying inter-European is the most practical way to travel between different countries in Europe.

Europe is built up of some of the most popular tourist destinations including the UK, France, Spain, Italy, Greece, Norway, Hungary, Austria and Portugal.

What Are Inter Europe Flights? 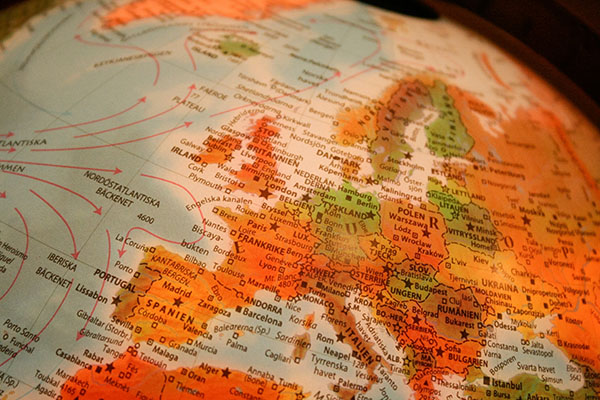 At Alternative Airlines, it's incredibly easy and quick to book inter-Europe flights. You can use our search form at the top of the page to find the perfect inter-Europe flights, whether it's one-way, return or multi-city! All you'll need to do is fill in your departure and arrival destinations, the dates you're travelling, how many passengers will be flying and the cabin class you'd prefer to fly in. We ticket all major carriers that operate inter-Europe flights as well as smaller airlines.

When booking through Alternative Airlines, you can book your inter-European flights and spread the cost of your tickets over time. We offer over 40 different ways to pay including flexible Buy Now Pay Later plans at checkout depending on your country of residence and the currency you're paying in.

If you're a resident of the US, you can choose from Afterpay, Klarna, Affirm, Zip, Uplift and PayPal Credit.

We also offer Clearpay, Tabby, Postpay and Laybuy as well as many other options which will be available to you at checkout depending on where you reside and the currency you're paying in.

Take a look at these popular inter-Europe routes:

When to book inter Europe flights?

What are the check-in times for inter Europe flights?

What is an inter Europe flight?