How to Book flights in Djiboutian franc

It only takes two steps to book flights in Djiboutian franc.

Change your search from the default currency to DJF using the currency changer at the top of the page.

Fill out the details of your search and click 'search flights'.

Alternative Airlines will now display all available flights in Djiboutian franc. To complete the booking in DJF, select the fare that you wish to purchase and continue with the booking. 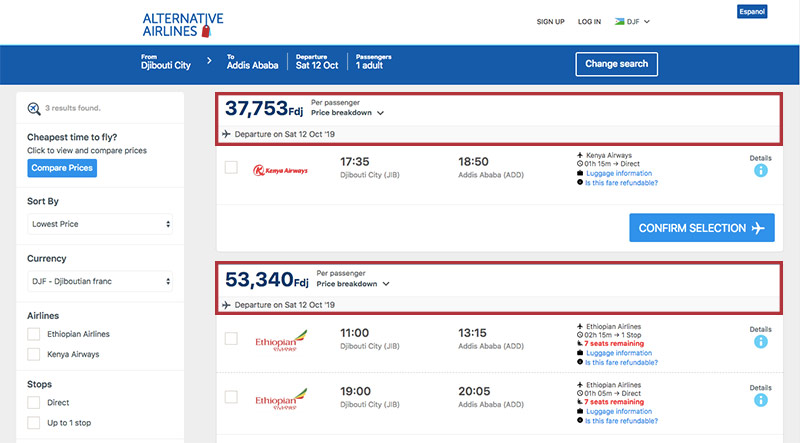