Pay for flights in Hungarian forint when you buy at Alternative Airlines. We offer flights from over 650 airlines and with a choice of more than 25 different payment methods and 160 currencies.

How to Book flights in hungarian forint

Fill out the details of your flight search and click 'search flights'.

We'll show you all flights on your chosen dates and destinations, with prices in Hungarian forint.

To complete your flight purchase in Hungarian forint, all you have to do is select a flight and follow the instructions on the next page. 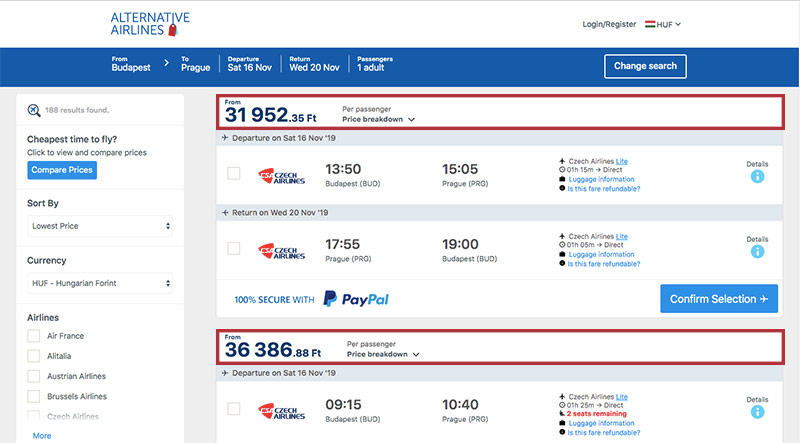 The forint is the official currency of Hungary, and is issued by the Hungarian National Bank. The modern Forint was introduced in 1946, after the second world war. The forint was subdivided into 100 fillér, but fillér coins are no longer in circulation. The long-term goal of the Hungarian government is to replace the forint with the Euro, although this transition has been delayed due to current economic issues.