Alternative Airlines allow you to search and buy flights in Moroccan dirham (MAD). Use our currency changer to change your preferred currency to MAD and complete the entire booking process with prices and payment in Moroccan dirham.

How to Book flights in moroccan dirham

Choose your dates and destinations and search for flights.

We'll now show all the available flights for your chosen dates and destinations, with prices in Moroccan dirham.

Select the flight that you want to buy, confirm your selection and follow the instructions on the next page to complete your flight booking in Moroccan dirham. 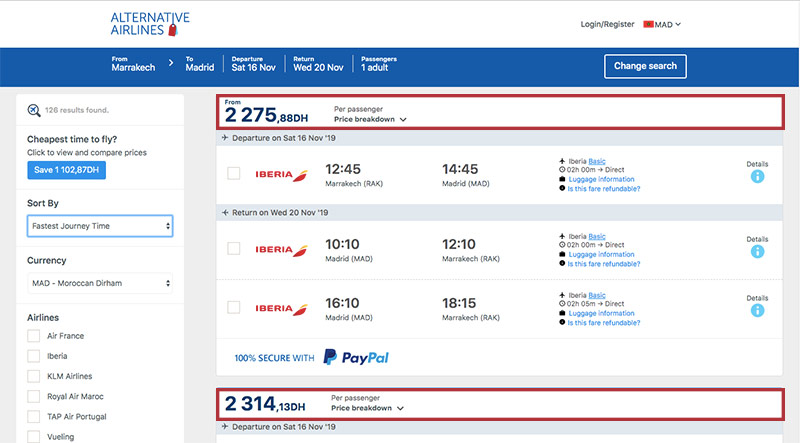 The Dirham is the currency of Morocco. The plural form of dirham is Darahim, but in English and French Dirham is used for the plural. The Dirham is released by The Central Bank of Morocco, the Bank Al-Maghrib. The Dirham is also the de facto currency in Western Sahara. Although the Dirham is considered a wholly convertible currency, its export is prohibited by law, but is uncontrolled.