Search for and buy flights in Philippine peso (PHP) with Alternative Airlines. We allow you the choice of 160+ currencies, including PHP.

How to Book flights in philippine peso

Follow these two steps to search for flights in Philippine peso.

Using Alternative Airlines' currency changer (highlighted at the top of the page in red), change from the default currency to PHP.

Enter when and where you want to fly to and search for flights.

We'll give you all the flight options for your chosen destinations and dates, with all prices in Philippine peso.

Select a flight and continue to payment to purchase the flight in PHP. 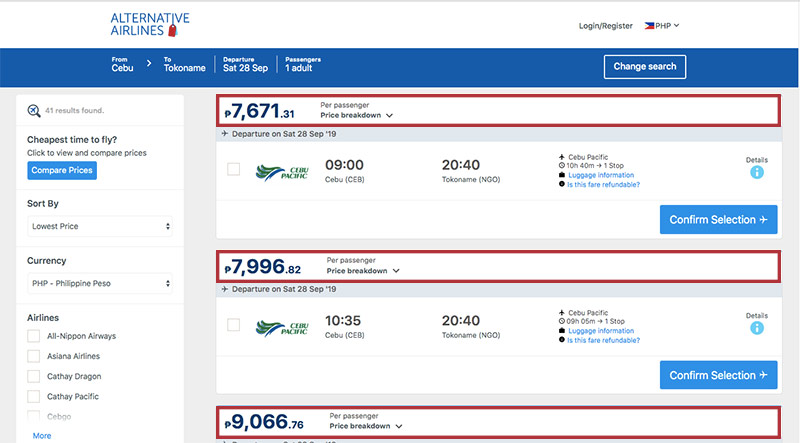