How to Book flights in south african rand

To search for flights in South African rand, follow these two simple steps.

Use our currency changer to change the currency to ZAR and then search for flights.

We'll no display all prices for all available flights in South African rand.

Select the flight that you'd like to purchase and confirm your selection. You'll be able to complete your payment in ZAR on the next page. 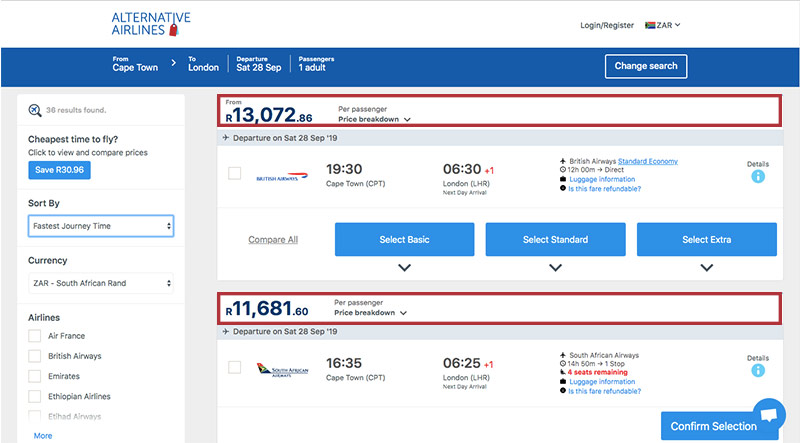