Did you know that with Alternative Airlines you can search and book flights in Afghan Afghani (AFN)? You can purchase airline tickets using 170 different currencies, including AFN!

How to BOOK flights in aFGHAN aFGHANI

It only takes two quick steps to search and book flights in Afghan Afghani!

First, locate the default currency icon at the top right of Alternative Airlines' search page. Click on this icon to open the currency changer tool. Then, simply type in 'Afghan Afghani' or AFN, and select AFN as your currency of choice.

Next, fill out the search form and press 'Search flights'.

After you press 'Search flights', the flight search page will appear. This page will display all available flights. You can sort the search results using the filters, on the left of the page in the example picture below. All fares will be displayed in Afghan Afghani.

Lastly, choose the perfect flight for you and follow the simple instructions to make your payment using AFN. 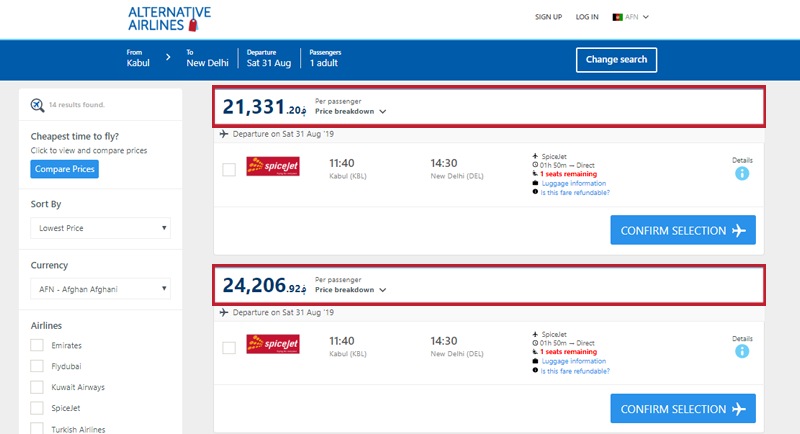 Coin denominations include 1, 2, and 5, along with various banknotes.