Make a Ryanair UK Booking and Find Some Amazing Deals

Ryanair UK is one of three subsidiaries from Ryanair, along with Ryanair Sun and Laudamotion. The airline was created in the early stages of 2018 and gained its AOC by the end of the year.

Although Ryanair UK's fleet is growing as it comes closer to launching, the airline currently possesses a number of Boeing B737-800 aircraft, which was given to it by its parent airline.

Other than the low-cost checked bag, Ryanair UK passengers can purchase up to three checked bags, each with a maximum weight of 20kg. 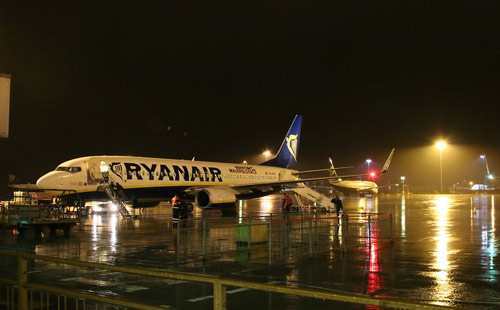 London Stansted Airport is one of four international airports in London and its surrounding areas and is the hub airport for Ryanair UK. The airport opened in 1943 and has connections to more than 170 destinations across three different continents — Europe, North Africa and Western Asia. The airport is the UK's busiest airport in terms of connections from the UK to Europe. Overall, London Stansted is the UK's fourth busiest airport, after London Heathrow, London Gatwick and Manchester Airport.

The airport is also the hub for soon-to-launch UK airline Atmosphere Airlines. Other airlines that have a strong focus at London Stansted include easyJet, Jet2, Ryanair, Thomas Cook Airlines, TUI Airways and Titan Airways.