What are Twin-engine planes?

Twin engined aircraft air are effectively as it says on the tin. They are aircraft in which are powered by dual engine power, namely 2 engines, which usually are the same engine type - hence the term 'twin'.

This type of aircraft can be seen all over the world today and is favoured by most airlines operating, both due to their operating costs and the wide ranges of performance these aircraft can give.

Technology has come on leaps and bounds in the last 20 years, which has allowed aircraft to come in all shapes and sizes with various engine types available. It is now the case that older aircraft designs such as the 747 & a340, both of which have 4 engines, are becoming obsolete. Even newer aircraft such as the a380 are suffering, with some being retired after only 10 years of service purely due to operational costs.

Twin engined aircraft can be broken down into 'light', 'medium' and 'heavy' categories. Each category has their own uses and performance depending on the use for the aircraft in question.

Aircraft in the light category would be examples such as the DeHavilland Dash 8 or the Twin Otter, of which are twin turboprop aircraft, operating mainly regional flights. These aircraft will tend to operate shorter hops, and with their low weight, are able to get into smaller airfields. A great example of this is Barra airport in Scotland, where the runway is a beach! This means that the Twin Otter, a light twin engine, is the only sort of aircraft that can fly to the airport. If you're flying from a domestic airport to a small airstrip, it is very likely you will fly in a light twin-engine aircraft. Another great example would be the aircraft used for Safari flights.

Top Tip: Check out our guide to regional jets for more information, including an aircraft comparison and FAQs! 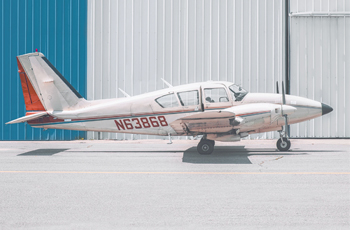 A Piper Seneca - an example of a light twin-engine aircraft.

Aircraft in the medium category would be examples such as the a320 or Boeing 737. These aircraft have a much longer range and are able to carry many more passengers. Airlines find these the most popular types of aircraft, both in terms on maintenance costs and operationally. Some airlines will primarily focus one type for their fleets, for example Ryanair only operate 737's, whereas EasyJet will operate a purely Airbus fleet. These aircraft will tend to operate short-haul or medium-haul flights. 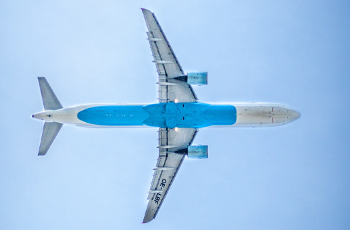 An A320 - an example of a medium sized twin-engine aircraft.

Aircraft in the heavy category would be examples such as the Boeing 777 or the Airbus 350. These aircraft are becoming ever popular with airlines as their manufacturers are forever increasing their efficiency. They predominantly operate long and super long haul flights. The a350 recently accomplished flights from London Heathrow (LHR) - Sydney (SYD) , with an average flight time of 20 hours. 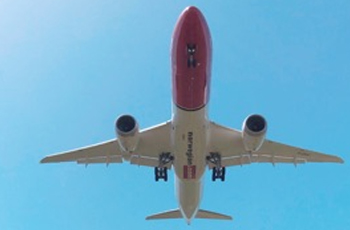 A Boeing 787 - an example of a heavy twin-engine aircraft.

The following are examples of airlines that only have twin engine aircraft in their fleet:

What is the largest twin-engine plane?

The Boeing 777 is a long-range wide-body twin-engine jet airliner. The aircraft is the world's largest twin-engine jet, with a typical seating capacity of 314 to 396 passengers. You can read more in our Boeing 777 guide.