Make a Lanmei Airlines Booking and Find Some Amazing Deals

Lanmei Airlines is a Cambodian airline that is based at Phnom Penh International Airport (PNH) that offers domestic and short-haul international flights. The airline flies to more than 20 destinations across East Asia, with a particular focus in China, where more than half of its route network is focused on.

The airline launched in 2016, with the goal to become the leader in aviation and tourism in Cambodia. In 2017, the airline completed its first day of operations, with flights from Phnom Penh to both Hanoi and Ho Chi Minh City.

The airline's logo resembles a peacock spreading its tails. Lanmei Airlines chose this design as it symbolises a propitious totem in both oriental and western culture. The six spread feathers that make up the wings in the logo represent the six Greater Mekong River countries. The logo also looks like a rotating aircraft engine, implying to supply new and steady thrust to these destinations and the other destinations that it serves.

Lanmei Airlines' fleet consists of entirely Airbus aircraft. The airline uses aircraft that are within the A320 family, A320-200 and the A321-200. Overall, the airline has between 5–10 aircraft within its fleet.

Passengers can check-in at the airport by visiting one of the check-in counters or using the self-service check-in kiosks. Although the check-in times differ depending on the airport of departure, check-in usually opens two or three hours before the scheduled departure time and closes 40 or 60 minutes before.

Economy Class is currently the only cabin class offered onboard Lanmei Airline's aircraft. It provides a low-cost and simple yet comfortable flying option.

The cabin crew are readily available to attend to the passengers' needs and assist them with anything upon request.

Seats are set out in a 3 x 3 configuration and give standard legroom and width for an Airbus narrow-body plane.

There's no in-flight entertainment system on any of the Lanmei Airline's flights. The airline does provide passengers with a copy of its in-flight magazine, which can be found in the back pocket of each seat.

Alternatively, if passengers would like a hot meal, they can pre-order a meal online directly with the airline before the flight. This must be done at least 24 hours before the scheduled flight departure time.

Lanmei Club rewards frequent flyers with 'Lanmei Coins', which can be used to redeem flights, purchase upgrades and buy products from the Lanmei Mall.

Lanmei Airlines isn't part of an airline alliance at this time.

Lanmei Airlines has used Phnom Penh International as its hub airport since it launched flights in 2016. While it doesn't serve every destination within its route network from Phnom Penh, the airline flies to most countries from the airport.

This airport is also the hub for Bassaka Air, Cambodia Airways, JC International Airlines and Cambodia Bayon Airlines. Additionally, the airport serves as a destination for other airlines such as Vietnam Airlines, Emirates, Citilink and Qatar Airways. 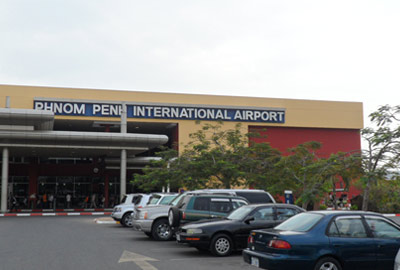 Please click on the logos below to find out more about airlines that fly similar routes to Lanmei Airlines:

Lanmei Airlines, founded in 2016, has appointed Li Kun as the airline's chairman and chief executive officer.

Is there Wi-Fi on board Lanmei Airline's flights?

No, currently Lenmei Airlines don't offer Wi-Fi on board its aircraft.

Is baggage free with Lanmei Airlines?

When flying with Lanmei Airlines, passengers are entitled to one free carry-on bag as well as one free personal item. Passengers may also check in one free bag weighing no more than 15kg on most routes and 20kg on the Bangcock route.

Lanmei Airlines will start a new service linking Sihanoukville a port on Cambodia’s southern coast and Shenyang in China. The new service is due to launch 25 June using an Airbus A320 for a single flight every Tuesday.

Lanmei Airlines has today announced that they will launch a new service to Nanchang in China, from Sihanoukville in Cambodia. This service is expected to run 3 times weekly, starting 1st June 2019.