Make a GX Airlines Booking and Find Some Amazing Deals

Established in 2015, GX Airlines, or Guangxi Beibu Gulf Airlines, is a Chinese airline based at Nanning Wuxu International Airport. The airline commenced operations on 13th February 2015 and has been said to be one of the first airlines based on the Guangxi province. GX Airlines is a joint venture between Tianjin Airlines and the Guangxi Beibu Gulf Investment Group. The airline currently offers services to over 40 domestic destinations across China, as well as one international connection to Singapore.

Upon launch, GX Airlines was one of the first airlines to fly from the region of Guangxi to Haikou. GX Airlines flight network now covers many different destinations within China, including Hunan, Guizhou, Hainan, Jiangxi, Inner Mongolia, Anhui, Shandong, Gansu.

GX Airlines fleet is comprised of a mix of Airbus and Embraer aircraft. Guangxi Beibu Gulf Airlines has a total fleet of over 20 aircraft, operating aircraft types such as the Airbus A320-200, Airbus A320-200N, Embraer ERJ-190-100AR and Embraer 190-100LR.

Each passenger on GX Airlines flights is entitled to one item of carry-on baggage which must not weigh more than 5kg and must be no larger than 20 x 40 x 55cm.

GX Airlines are yet to offer online check-in for its flights.

Passengers can check-in for their GX Airlines by visiting the check-desks marked 'GX Airlines' or 'Guangxi Beibu Gulf Airlines' at the airport. 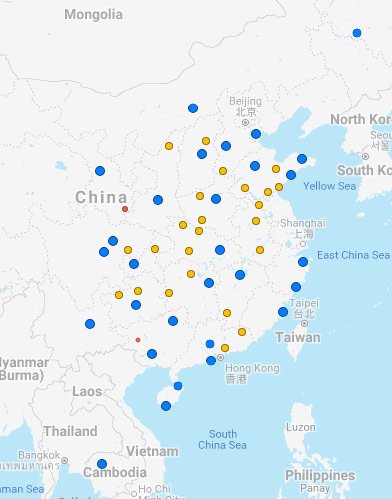 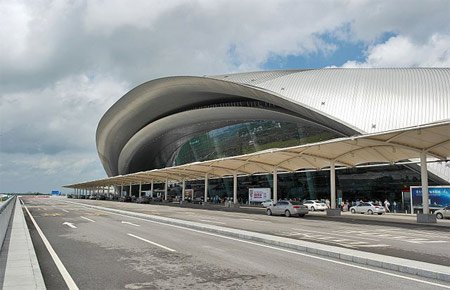 Nanning Wuxu International Airport serves Nanning, the capital of the Guangxi Autonomous Region, China. Built in 1962, the airport is located 32 kilometres of the city centre of the city Hainan. The airport was built to handle 2.5 million passengers annually. The airport has 5 terminals and serves over 50 routes. Other airlines that operate out of the airport include China Southern Airlines, Shenzhen Airlines, Loong Air, Sichuan Airlines and Okay Airways.

GX Airlines launch first scheduled international service between Nanning and Siem Reap. The new Chinese carrier plans to fly this route twice a week. GX Airlines will use an A320 to ferry passengers on Tuesdays and Saturdays. The route isn't without competition, however, from Lanmei Airlines and Cambodia Angkor Air. Both airlines already provide flights twice a week from Nanning to Siem Reep, so it will be interesting to see what this does to flight prices. This is just one of the 32 destinations GX Airlines will be flying to and from from the end of this year.