Flying with Wine and Alcoholic Beverages

Flying with Wine And Alcohol

Whether you've been wine tasting in Australia or you've found the ultimate bottle of whiskey in Scotland, there's likely to be an occasion when you might want to fly with wine or alcohol. Make sure you're able to get your favourite tipple home with our helpful guide to flying with wine and alcoholic beverages.

Can you bring alcohol on a plane? 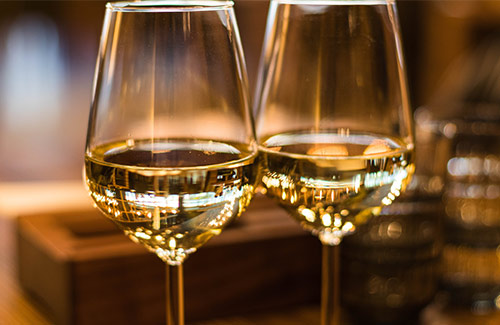 Can you take alcohol on a plane?

In the United States, travelers are able to take up to 100ml (3.4oz) of alcohol in their carry-on baggage as long as it can fit comfortably in a clear plastic bag. Passengers are able to fly with alcoholic beverages in their checked baggage as long the alcohol content is under 70%. Alcohol with a percentage of over 70% cannot be taken on a plane. Check out the Alternative Airlines blog to find out more about which items are prohibited for air travel.

How much alcohol can you take on a plane?

Can you pack a bottle of liquor in your luggage?

Travelers are able to pack liquor in their checked luggage, providing that its alcohol content is less than 70%. Liquor with an alcohol content of over 70% cannot be taken in your checked baggage.

What is the duty-free allowance for alcohol?

When flying between countries in the European Union, each person is permitted a duty-free limit of 90 litres of wine which is equivalent to 120 standard size wine bottles. If traveling to the United Kingdom from a country outside of the European Union, passengers may return with one litre of spirits or strong liqueurs, two litres of fortified wine, 16 litres of beer or four litres of still wine duty-free. When flying to the United States, each passenger is permitted one litre of duty-free wine. After this, passengers are permitted to travel with an unlimited quantity of wine at a duty of $1-$2 per bottle. Read more about the rules for duty-free allowances here. However, it is important to check the legal requirements of the individual state or county before you travel. Find out which airports are the best for shopping for duty-free alcohol here.

Can you drink your own alcohol on a plane?

Bringing your own alcoholic drinks onto your flight has been prohibited in the United Kingdom for a number of years. Passengers are only able to drink alcohol that is served by the airline staff. Age-restrictions from the country where the airline is registered also apply.Some airlines, such as Ryanair prohibited alcohol bought in duty-free from being taken onto its flights. Other airlines may impose restrictions on drinking at certain times of day, such as the morning.

How many drinks are you allowed on a flight?

There is no precise limit to the number of drinks you're allowed to drink during your flight. However, the airline will generally reserve the right to refuse to serve drinks to anyone behaving in a drunk and disorderly manner or engaging in anti-social behaviour.

Which airlines have banned alcohol on their flights?

Some airlines ban alcohol if they are based in countries in which alcohol is prohibited for religious reasons. Some of the airlines that do not serve alcohol on their flights include Saudia, Egyptair, Royal Brunei, Kuwait Airways, Pakistan International Airlines, Air Arabia, Jazeera Airways and Iraqi Airways. Turkish Airlines prohibits alcohol on board its domestic flights but serves alcohol on international flights and in its airport lounges. To find a comprehensive list of alcohol-free airlines as well as airlines that serve Halal food, please visit our Halal airlines page.

What age do you have to be to fly with alcohol?

This will depend on the destinations that you're flying between. For example, the UK legal drinking age is 18 and the US legal drinking age is 21 (in most states) — if an 18-year-old passenger were to fly with alcohol from the UK to the US, it would be legal for the time that they're in the UK. However, when they land in the US, it would be illegal for them to have alcohol in their possession.

What age do you have to be to drink on a plane?

There is no hard rule for this and it will differ depending on the airline. However, most airlines will apply the legal drinking age of the country from which it is based. For example, a British Airways flight travelling from New York to London will allow anyone aged 18 or over to drink alcohol on the flight. This will apply as soon as it takes off from New York, as while it's still on US land, the legal drinking age of the state of New York will apply (aged 21).

On the other hand, if a US carrier — such as United Airlines — was flying the same New York to London route, passengers would have be 21 years or older to drink on the flight.

Can you drink alcohol on morning flights?

Airlines have the right to refuse to sell alcohol to any passenger on any flight. However, there's no law that states you cannot drink or purchase alcohol on morning flights. Any airline that ordinarily sells alcohol will usually allow you to purchase and drink alcohol, no matter what time of the day you're flying.

Can you bring wine on a plane?

Can you bring wine on a plane in a checked bag?

Wines that have an alcohol content of less than 24% may be transported in checked baggage. Although there is no limit to the amount of wine you can take on your flight, passengers should ensure that their baggage does not exceed the maximum weight limit for their ticket fare class.

Can you take a wine bottle opener on a plane?

According to the Transportation Security Authority in the United States, passengers are able to take bottle openers and corkscrews on planes as long as they have no blade. In the United Kingdom, corkscrews are permitted as long as they are packed into the passenger's hold luggage. Passengers should also be aware of the duty-free allowance of the country they are travelling to.

How many bottles of wine can you take on a plane?

As long as the wine your are traveling with is under 24%, there is no limit to the amount of wine you can take in your checked baggage. It is important, however, to make sure your luggage does not exceed the weight limit assigned by the airline you are traveling with. If transporting multiple bottles of wine, passengers may want to purchase specialised wine suitcases. Wine suitcases are normally designed to hold twelve 75cl bottles. This is so that the case does not exceed 23kg (50lb) which is considered the standard checked baggage weight limit for a number of airlines. Flying with wine to your destination wedding? Check out our top picks for wedding destinations around the world.

Does flying with wine ruin it?

The temperatures inside a plane's hold are subject to dramatic change which has the potential to damage wine. If the plane spends an extended period of time on the tarmac in extremely hot temperatures, for example, the wine inside may "cook" damaging its flavour. However, it is generally unlikely that flying with wine will ruin it.