Looking for a flight for Australia Day? Alternative Airlines has flights from over wide-range of airlines flying to Australia's major cities, well as to off-the-beaten-track Australian destinations. 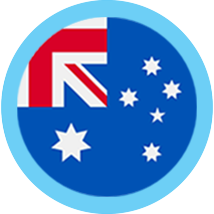 Those who do celebrate Australia Day usually celebrate with family and friends. There are multiple public events throughout the country, with firework displays, street parties, parades and other festivities. On the other hand, others like to throw private parties at their homes, with decorations, Australian BBQs and other Aussie-inspired food and drink.

When is Australia Day?

Australia Day is celebrated every year on 26th January. 26th January 1788 was the day that the first British ships reached Australia when they sailed to Port Jackson, New South Wales.

How can I find flights for Australia Day?

You can find flights for Australia Day at Alternative Airlines by using the search form at the top of the page. We offer flights from over 600 airlines, with a great choice of domestic flights within Australia and international flights flying to the country's international airports.

Where to celebrate
Australia Day

All of the biggest and best Australia Day celebrations happen within the country. Australia is a big place, so we've listed some of our favourite Australian cities for Australia Day and the best places to celebrate in them.

Head to Melbourne and celebrate Australia Day on the packed-out St Kilda Beach where many Australians gather for BBQs, music and drinks. Then, you can catch the Australia Day Fireworks at the Docklands in the evening.

What is the best Melbourne airport to fly into?

Celebrate all things Australia with the Australia Day Fireworks at Southbank. This all-day event has market stalls, bars and live music, all topped off with a unforgettable firework display in the evening.

What is the best Brisbane airport to fly into?

The best airport to fly into in Brisbane is Brisbane Airport (BNE). You can fly to Brisbane airport on airlines such as Qantas, Jetstar Airways and Virgin Australia.

If you can't get tickets to Australia Day Live — a night of live music performances and fireworks at Sydney Opera House — then head to Circular Quay where you can watch the concert with thousands of other Aussie's gather to watch the show on big screens for free! Aside from watching the live screening from Sydney Opera House, Circular Quay offers a huge fireworks display, watersports and various other celebrations.

What is the best Sydney airport to fly into?

The best airport to fly to in Sydney is Sydney Airport (SYD). You can fly to Sydney Airport on many different airlines, including Qantas, Delta, British Airways, FlyPelican and Fly Corporate.

When was the first Australia Day?

The first Australia Day was in 1838. Back then, it was called Foundation Day.

Is Australia Day a public holiday?

What is Australia Day celebrating?

Traditionally, Australia Day marked the anniversary of when the first British ships reached Australia before Australia was invaded by European. But today, Australia Day is a celebration of Australian culture and its diverse society.