Find domestic flights within Vietnam on a wide range of airlines with Alternative Airlines.

About Domestic Flights in Vietnam 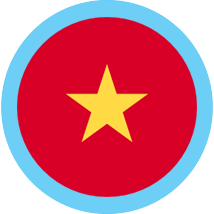 Vietnam isn't a large country, so all domestic flights are relatively short, with no flight being much longer than two hours.

Alternative Airlines offers flights from all the major Vietnamese carriers that fly domestic routes, as well as some niche airlines that fly off-the-beaten-track.

Airlines that fly domestically within Vietnam

Vietnam Airlines is the national carrier. The airline is mainly known for connecting Vietnam with a multitude of destinations across Asia and Australia. But, Vietnam Airlines also flies to more than 20 domestic Vietnamese destinations, with flights to every major city or town and connections between most destinations in its route network.

As the national carrier of Vietnam, Vietnam Airlines is perfect for those looking for a full-service carrier that flies domestically within Vietnam.

Jetstar Pacific is part of the Australian Jetstar group and is also part-owned by Vietnam Airlines.

All of Jetstar Pacific's domestic routes are also flown by Vietnam Airlines. However, the airline makes a good alternative if you're looking for a low-cost airline that travels domestically within Vietnam.

The airline is a good low-cost alternative to Jetstar Pacific, as it flies more domestic routes. It's also a good choice if you're flying from Hai Phong or Nha Trang, as it offers more flights to the rest of Vietnam from these destinations when compared to any other Vietnamese airline.

Aside from domestic flights, the airline also connects Vietnam with other parts of East Asia and Australia.

Bamboo Airways is the newest airline in Vietnam. The airline only flies domestically and flies to nearly 15 different destinations within the country.

The airline is unique in that it's a self-proclaimed hybrid carrier, which means that it offers a similar service to what you'd expect from a full-service airline but at prices that are closer to that of a low-cost carrier. This makes Bamboo Airways a good option for those wanting to travel domestically within Vietnam with a service and price that's somewhere in between full-service of Vietnam Airlines and the low-cost of Jetstar Pacific and VietJet Air.

Why book domestic flights in
Vietnam?

Flying is the quickest and easiest way to travel around Vietnam. The trip between the country's two most popular destinations, Hanoi and Ho Chi Minh City, can take between 30–40 hours by train. Even if you're on a budget, there are affordable prices from airlines such as VietJet Air, Jetstar Pacific and Bamboo Airways.

There are over 20 different airports in Vietnam, so the country is well-connected by air and there's a flight option to every major destination.

Online: Opens 24 hours before flight departure time and closes one hour before.

Do I need a passport for domestic flights in Vietnam?

This will differ depending on the airline. However, as a general rule, a form of photo identification should be sufficient for domestic travel within Vietnam. It's important to check beforehand though, so either contact us or the airline itself to check the airline policy.

How early do I need to arrive for domestic flights in Vietnam?

Most airlines in Vietnam open their check-in counters two hours before scheduled flight departure time on domestic flights. Therefore, it's advised that you arrive sometime before this if you're unfamiliar with the airport. If you're an experienced traveller or are familiar with the airport that you're flying to, you can arrive closer to the check-in time. But, be aware, check-in counters can close as early as one hour before scheduled flight departure time.

What is the baggage allowance for domestic flights in Vietnam?

Baggage allowance for domestic flights in Vietnam will differ from airline to airline.

Most airlines will give passengers 7kg of free carry-on baggage, included within the price of the ticket.

Vietnam Airlines gives 23kg of free checked baggage included within the price of the ticket. Whereas JetStar Pacific, Bamboo Airways and VietJet Air don't give a free checked baggage allowance in a basic ticket. You'll either have to purchase baggage or purchase a fare that includes baggage, in which case the baggage allowance is usually 20/23kg per person per item of baggage.

Can I buy domestic flights in Vietnam online?

Yes, you can buy domestic flights in Vietnam online with Alternative Airlines. Just use our search form a the top of the page to search for flights between your two chosen Vietnamese destinations and click search flights. We'll then show you all available flights from all airlines — all you have to do is choose the flight best suited to you!

Freepik from www.flaticon.com is licensed by CC 3.0 BY
Select a currency
autorenew