Since the start of the Russian invasion of Ukraine, numerous airlines have suspended operating over the airspace of the Russian Federation. Countries in Europe and North America have closed their airspace off to Russian aircraft and have since felt reciprocal retaliation from the Kremlin forcing reroutes around Russia.

However, some other international airlines which are still allowed to fly over Russian Federation airspace are choosing not to for safety or insurance reasons. In total, the Russian government has closed its airspace to 36 countries or territories. Find out which airlines are still operating across Russia. 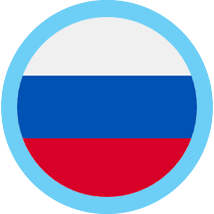 Which Countries are Blocked from Russian Airspace

Rosaviatsiya, the Federal Air Transport Agency for the Russian Federation has restricted airspace access to the following states and territories:

Which Countries Have Blocked Russia from its Airspace

As of April 2022, Albania, Canada, Norway, Switzerland, Iceland, the UK, the US and the entirety of the European Union has banned Russian-registered aircraft from entering its airspace.

Which Airlines are Still Flying Over Russia

All 27 member states of the European Union, as well as Switzerland, Albania, Iceland, Norway and the United Kingdom, have suspended services to Russia or over Russian airspace. However, the following airlines remain operating over their airspace or to their airports 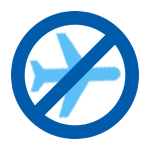 Similarly, airlines based in South America are not flying over Russian Airspace.

Australasian airlines such as Qantas are avoiding Russian airspace on flights to Europe.

Please note that this list is constantly evolving as the Russo-Ukrainian war escalates. Please also check with your airline.

At Alternative Airlines we are devastated by what is happening in Ukraine. We have temporarily suspended ticketing Russian airlines and accepting the Russian Ruble, to view our official statement on the matter and what we are doing as a company to help please visit our press release. We are also proud to be raising money for the victims of this atrocity by walking the distance of our office to Ukraine. To keep updated and donate visit our JustGiving page.