Search and book flights with AirKenya

Book Your AirKenya Flight Tickets and Find Some Amazing Deals

AirKenya (Express) is a Kenyan airline based in Nairobi and operates domestic scheduled flights within Kenya, as well as an international flight to neighbouring country Tanzania.

From its hub at Wilson Airport, this airline operates both scheduled and charter flights across the region. The airline also has two wholly-owned subsidiaries: Regional Air Services in Tanzania and Aerolink in Uganda.

AirKenya was founded in 1987 combined by the merger of Air Kenya and Sunbird Aviation. The two companies had over 20 years of aviation experience in East Africa and formed Airkenya Aviation. In 2007, the branding changed to establish AirKenya Express.

This Kenyan carrier flies to many destinations in Kenya, including to Kenya's best known game reserves, namely the Masai Mara, Amboseli, Nanyuki, Meru, Samburu, Loisaba and Lewa Downs. In some instances, the AirKenya may take a number of stops are airstrips during your flight - not all routes are consistent, and this will depend on customer demand on the day of travel.

Top Tip: If you plan on visiting the Masai Mara to witness the Great Migration on head on an unforgettable Safari, be sure to check out our full guide to flying to the Masai Mara for more travel information! If you are interested in heading on a Safari but don't know where to begin, you can find out more in our guide to safari park flights here.

Air Kenya passengers are allowed 15kg of baggage on their flights per passenger. Standard checked luggage should have three dimensions of 24 inches (60cm) in height, by 18 inches (45cm) in length, and 13 inches (33cm) in width.

The airline has a dedicated check-in desk at Wilson Airport, allowing for swift baggage check-in.

Personal items like handbags, small umbrellas, walking sticks, coats, small bag pack can be stored under the seat in front of passenger or in an overhead bin where applicable. These items must not exceed 5 Kgs/ 11lbs and are part of the baggage allowance of 15kgs/ 33lbs.

The airline requires that passengers bring soft-padded bags on the flight. This is due to the limited room for storage onboard its aircraft. Any baggage that is not soft-padded may be refused.

Online check-in is not currently available for this airline, and will need to be completed at the airport. 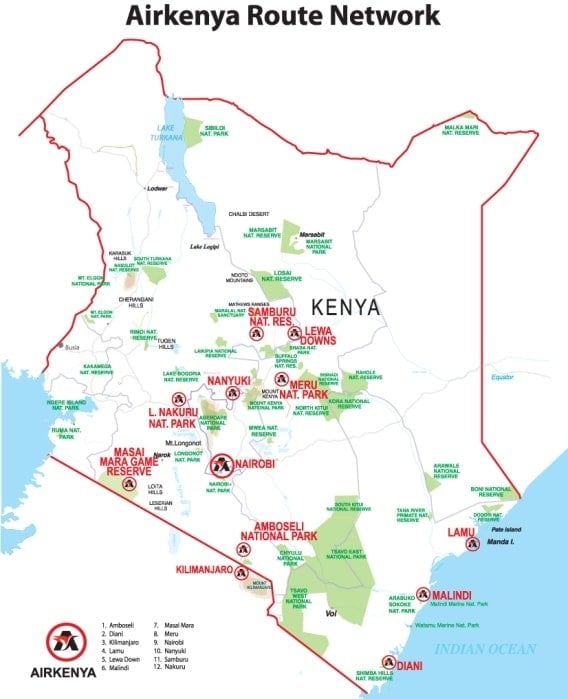 AirKenya provides short-haul flights in light aircraft, which have a seating capacity of 11-50 passengers, depending on the aircraft. There is no specific class system for passengers, with only standard seating available. Seat layout depends on the aircraft used. The airline might make multiple stops at different airstrips during your flight, depending on customer demand on the day.

AirKenya does have dedicated check-in desks, to ensure a speedy check-in process at the airport. For charter flights the airline does also have an exclusive passenger terminal at Wilson Airport to provide an enhanced premium experience.

Passengers are welcome to bring their own snacks on-board to enjoy during the flight. But the airline is still dedicated to a high service, with water bottles offered to passengers to drink.

Magazines are available to read during the flight. You will also be able to enjoy stunning views of Kenya's landscape and wildlife during your flight!

The airline isn't part of an airline alliance at this time.

Wilson Airport is a local airport serving the city of Nairobi, in Kenya, from which a small number of domestic airlines operate flights to many regional airports.

Wilson Airport is the hub airport for Safaralink and Aeronav. Other airlines which fly to and from Wilson Airport include Fly SAX (formerly East African Safari Air) and Fly Tristar.

Those heading to the incredible Masai Mara or one of Kenya's other incredible safari parks and nature reserves are likely to depart from Wilson Airport. 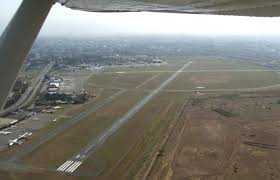