Eastern Airways is a British airline whose head office is based at Humberside Airport in Kirmington, North Lincolnshire, England.

First founded in 1997, the airline’s legal name is Air Kilroe Limited, but does it’s trading as Eastern Airways.

Eastern Airways has a codeshare agreement with Widerøe.  You can also search for Widerøe flights here.

The airline operates scheduled domestic, international services and private charter services. Around 800,000 passengers a year are carried on the scheduled route network. The airline specialises in providing regional flights in the United Kingdom, as they sought the gap in the market where larger carriers have moved away from providing flights to this market.

Eastern Airways' fleet consists of BAe Jetstream 41, Embraer ERJ 145 and Saab 2000. In February 2014 the Bristow Group acquired a 60% interest in Eastern Airways and the airline continues to operate under the Eastern Airways brand.

Looking for domestic flights in the UK?

Check out our guide to domestic flights in the UK, for a full airline guide and FAQs.

Passengers are permitted hold baggage, but this is dependent on the route, weight and fare purchased.

Online check-in is currently not available for this airline.

Although this airline has only one type of class in its cabins, you can personalise your flying experience by purchasing different fares:

Passengers with this ticket type get 10kg of cabin baggage along with 23kg hold baggage. This ticket will allow passengers the same access to the in-flight meals and drinks, and also airport services mentioned above. In addition, this ticket is flexible with date changes, though a fee may be charged for the fare difference.

This is the most premium fare on this airline. The ticket is fully flexible, with unlimited changes at no charge for fees or fare difference. Passengers also get the same access to lounges and fast track at the airport, with the addition of Southampton, Norwich, Leeds Bradford and Cardiff for Lounge Access. In addition to the hand baggage included in the other fares, passengers can enjoy 2 x 23 kg of hold baggage. 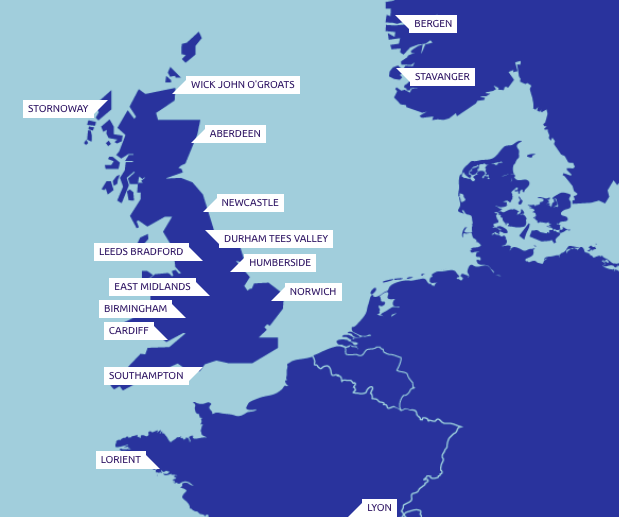 Please click on the logos below to find out more about airlines that fly similar routes to Eastern Airways:

Aberdeen Airport is a base for BMI Regional, Eastern Airways and Flybe. The airport also serves as the main heliport for the Scottish offshore oil industry. With the utilisation of newer aircraft, helicopters can reach northernmost platforms on both the East and West of Shetland areas. The airport has one main passenger terminal, serving scheduled and charter holiday flights.

Airlines that fly from and to Aberdeen Airport include British Airways, AirFrance, KLM and Lufthansa. 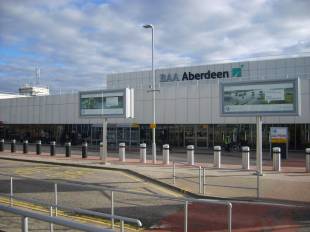 Eastern Airways to relaunch flights between Southampton and Rodez

Eastern Airways will bring back flights between Southampton and Rodez this summer. The airline previously flew the service and has brought it back due to popular demand. Initially, Eastern Airways will fly the Southampton—Rodez route two times a week — once on a Monday and once on a Friday. Shortly after, the airline will increase the frequency of the route to three times a week with an additional flight on Wednesday. The flight is expected to take 1 hour and 40 minutes.

General Manager of Easter Airways, Roger Hage attributed the relaunch of the Southampton—Rodez service to the popularity of the flight in last years summer schedule. He added that Southampton is a great connection for tourists as trains run frequently into London and this is one of the reasons why it was so popular.

Eastern Airways will no longer service passengers between the capital of Northern Ireland, Belfast, and the Isle of Man. This may also affect the airlines flights from Isle of Man to Glasgow and Newcastle, and the Belfast City to Newcastle service, which all operate on the same plane, which makes several stops. This is due to EasyJet starting flights on this route next year and Eastern Airways not sure if they can cope with the competition. The Belfast route has become infamous for airlines, Eastern only began operating the route, which originates in Newcastle, in September of last year following the liquidation of CityWing.