Looking to attend Diwali Festival, or find out more about the event?

Here you'll find everything about flights to Diwali Festival 2022

Diwali also known as Deepawali and Divali is a festival of lights and one of the major festivals that is celebrated by Hindus, Jains, Sikhs, and some Buddhist. Diwali is one of the most popular festivals of Hinduism, it represents the spiritual 'Victory of light over darkness, good over evil, and knowledge over ignorance'. The festival is a 5 day celebration during the end of October until the beginning of November.

During Diwali many lights and oil lamps are lit across the streets and in houses to get rid of the darkness. The festival is celebrated mainly in India but people all across the world celebrate with family and friends. 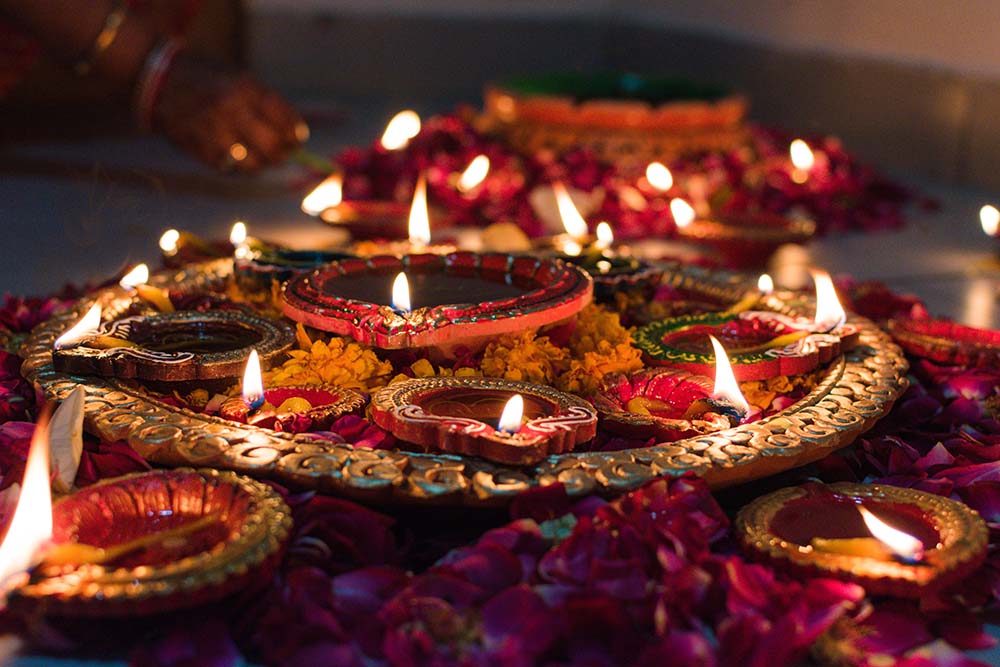 Diwali festival is spread over 5 days during the months of October - November. The 5 days of celebration include:

Diwali festival is mainly celebrated across India but is also celebrated by Hindus, Jains, Sikhs, and some Buddhist all over the world. You can fly over to India for Diwali by booking through Alternative Airlines.

Flying from the US

If you're flying from the United States to Diwali in India you can fly directly with Etihad Airways, United, Qatar, Emirates, Air India, Singapore Airlines and more.

Flying from the UK

If your heading to India to celebrate the festival of light from the UK. The best airports to fly from is London Gatwick (LGW) and London Heathrow Airport (LHR). Airlines that fly to India from the UK include British Airways, Emirates, Etihad Airways, Qatar Airways, Virgin Atlantic, Air France, Royal Dutch Airways and more.

These are just some of the most popular airports in India. The best airport for you to fly into will depend on the city you want to stay in.

Where can I book flights Diwali?

You can book flights to Diwali through Alternative Airlines. Simply enter the dates you wish to travel to for Diwali using our search form at the top of the page, along with the number of passengers and cabin class. We recommend that you fly a few days before the festival in case of delays.

Can I book Diwali flights on finance?

Off course! You can book flights to Diwali on finance from over 600 airlines on site. We know how important this festival is for you, so we have partnered up with many payment plan providers to help you budget your flight to India. Buy Now, Pay Later payment plan providers include Klarna, Afterpay, Affirm, Uplift, Zip, Spotii and more.