Want to pay for your Copa Airlines Colombia Flights with PayPal? At Alternative Airlines, we offer passengers the choice to pay for their flight tickets with PayPal. PayPal offers a safe and secure transaction for customers, giving them peace of mind that your transaction will happen quickly and smoothly. 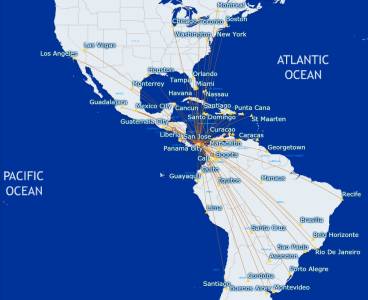 El Dorado International Airport is located in Bogotá, Colombia. It is ranked among the world's 50 busiest airports in terms of: passenger traffic, cargo traffic and traffic movements. It is the largest airport in Colombia and the main international and domestic air gateway in the country, serving as an important hub for Avianca (the national flag carrier of Colombia), Copa Airlines, LAN Colombia, Satena, and other cargo companies such as Líneas Aéreas Suramericanas. A number of airlines also operate flights from this airport, including Avior Airlines, Cubana de Aviacion, Iberia, KLM and American Airlines.