Make a FastJet Booking and Find Some Amazing Deals

Fastjet is an African low-cost airline based in Zimbabwe. The airline is based at Robert Gabriel Mugabe Airport (HRE), Harare and flies to a small number of destinations throughout Zimbabwe and to Johannesburg, South Africa.

The airline launched in 2012 with the aim to become the first low-cost, pan-African airline. Fastjet was initially based in Tanzania and used Julius Nyerere International Airport (DAR), Dar es Salaam as its hub airport. The airline flew its inaugural flight between Dar es Salaam and Kilimanjaro in 2012. However, when the airline suspended all of its Tanzanian flights in 2018, it moved its major base to Robert Gabriel Mugabe Airport in Harare.

FastJet is featured in our blog, The Cheapest Airlines in the World, as one of the best-value airlines in Africa.

Fastjet's fleet is made up entirely of Embraer 145 aircraft. The airline has four of these regional jets within its fleet.

The airline currently only offers Economy Class cabins and seating, but with two tiers of fare to give passengers more choice for their flight experience: ValueFlyer and FlexiFlyer.

The ValueFlyer: this fare is the best option for travellers looking for the best deal. A light snack and beverage are served onboard most routes, and flight date and time changes permitted for a small fee.

The FlexiFlyer: this fare is the best option for travellers looking for the most flexibility, ideal if travel plans are yet to be locked down This fare includes unlimited penalty-free flight date/time changes, free seat selection, and a light snack and beverage onboard most routes.

The airline's expertly trained cabin-crew are readily available to help and assist with anything that passengers might need.

No matter which fare is chosen, all Economy Class seats are the same. The cabin offers comfortable padded seats, with drop-down tray, air-con and personal light function.

ValueFlyer: One free piece of cabin baggage weighing a maximum of 7kg plus a handbag or personal item.

FlexiFlyer: One free piece of cabin baggage weighing a maximum of 7kg plus a handbag or personal item.

ValueFlyer: One free piece of Checked Baggage weighing up to 23 kg.

FlexiFlyer: Two free pieces of Checked Baggage weighing up to 23 kg each.

If passengers require any additional baggage, they must request it with the airline in advance.

For a quick and easy process at the airport, we recommend that you check-in online. Online check-in can be completed on the Fastjet online check-in page. Passengers must provide their last name and booking code to check-in for their flight. You can check-in online from 24 hours to 2 hours before your flight departure time.

Passengers can enjoy the airline's in-flight magazine as in-flight entertainment. The magazine details recent updates from the airline, as well as inspiration on things to do for each of the airlines' destinations.

There's no WIFI onboard Fastjet flights.

All passengers receive a complimentary light-snack and drink on all Fastjet flights, regardless of which fare they purchase.

Fastjet offers a Frequent Flyer Program to its regular passengers that fly 20 flights during a certain period.

Fastjet isn't currently a member of any airline alliance.

Fastjet has used Robert Gabriel Mugabe International Airport as its main hub since 2018 when the airline suspended its Tanzanian operations. However, Fastjet Zimbabwe as used the airport as its hub since it launched in 2015. 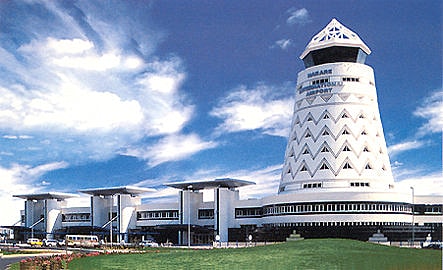 In 2018 Fastjet and LAM Mozambique Airlines entered into a Memorandum of Understanding, which includes wide-ranging areas of cooperation, with code-share and interline agreements between the two carriers. This approach of commercial cooperation is the first of its kind on the African continent.

Where can I book Fastjet flights?

You can book Fastjet flight tickets through Alternative Airlines. Simply use our search form at the top of the page, fill in the details and hit 'search flights'. You can then use our airline filter and select the airline you wish to fly with e.g. Fastjet. Once you have selected all the flights you wish to take, confirm selection and head to checkout. At Alternative Airlines you can choose from over 40 payment methods including Crypto and Buy Now, Pay Later.

Can I buy Fastjet flights on finance?

Yes, you can! Fastjet doesn't offer flight on finance, however through Alternative Airlines you can book Fastjet flights and pay in instalments. Alternative Airlines has partnered up with many payment plan providers such as Klarna, afterpay, affirm, PayPal credit and more.