Make a YanAir Booking and Find Some Amazing Deals

Founded in 2012, YanAir is a regional airline from Ukraine with Kyiv International Airport (Zhuliany) as its hub. The airline serves a number of different routes across Europe, including links to Armenia, Bulgaria, Georgia, Israel, Montenegro and Ukraine.

Carry-on baggage is free for passengers, but must not exceed the 7 kilogram weight limit. The baggage must be the correct dimension to fit either under your seat or in the overhead bin inside the aircraft.

Passengers are entitled to checked baggage with a maximum weight of 23 kilograms per passenger.

Online check-in is not currently available.

Flying to Ukraine? Find YanAir flights in English with Alternative Airlines. We provide you with a safe and secure booking service in English and you can even book with Paypal! 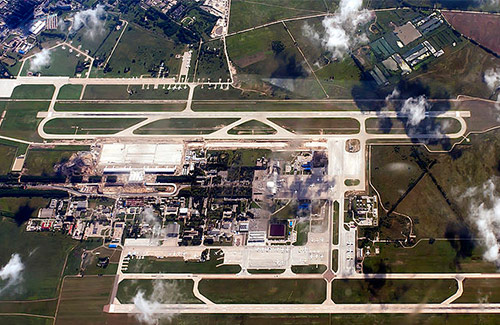 Kyiv International Airport is one of two international airports in Kiev and the hub airport for YanAir. It's located just outside the city centre and facilitates passenger flights, as well as being a major European hub for business flights. The airport was created in 1923 as a military base, which makes it the elder of the two airports serving Kiev. Kyiv International's airport terminal was built, with Aeroflot being the first airline to fly out of the airport.

The Ukranian carrier has given one of its Airbus A321-100 aircraft to Air Moldova on a wet-lease contract. The aircraft was taken from Kiev to Chisinau last week and has already started flying for the Moldovan airline. This was the airline's only Airbus aircraft. The airline now solely operates services using Boeing aircraft.

Jubba Airways have wet-leased their A321-100 to YanAir. It was previously used on flights to Nairobi Jomo Kentatta, Mogadishu, Dubai International and Hargeisa.