LATAM Paraguay operates flights from its base in Silvio Pettirossi International Airport in Asunción.

Customers can benefit from remote medical assistance on international flights, LATAM Loyalty Program, Fidelidade, and LATAM Cargo services. As a member of LATAM’s LATAM Pass or LATAM Fidelidade Frequent Flyer Programmes, you can earn points towards your tier status every time you travel on eligible Oneworld flights. When you are ready to redeem your points, some 1,000 destinations await you across the Oneworld alliance. 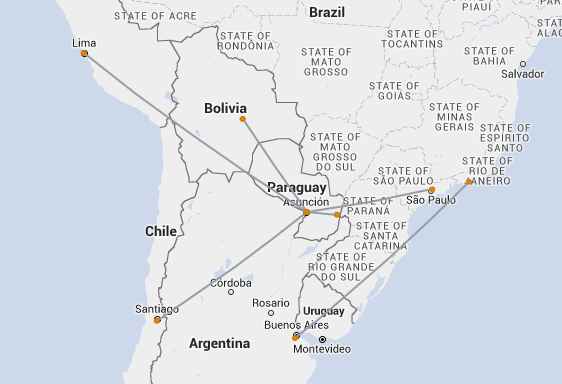 When flying domestically, passengers can choose economy class, which is simple and basic, yet comfortable. If passengers wish to upgrade to a better service with more comforts and more space, they can choose to upgrade to premium service. More information on the exact services can be found on the LATAM page.

Please click on the logos below to find out more about airlines that fly similar routes to LATAM Airlines Paraguay:

Silvio Pettirossi International Airport is Paraguay's main national and international hub, located at Luque, a city of the Central Department. 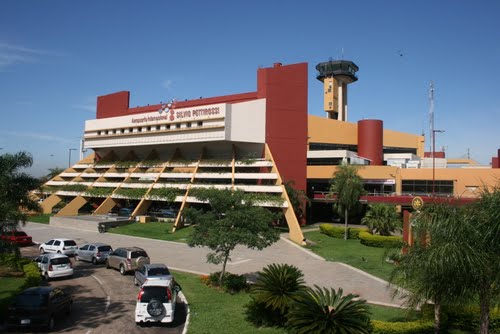 LATAM Airlines Group has revealed plans to offer its customers new routes to destinations throughout Europe. As part of a larger strategy growth plan, LATAM will launch a new flight between Lisbon Portela Airport (LIS), Portugal, and São Paulo–Guarulhos International Airport (GRU), Brazil, which will begin operations on 3rd September 2018. This flight will operate five times a week and carry passengers on a Boeing 767 aircraft. Additionally, LATAM Group will fly between Munich Airport (MUC) and São Paulo–Guarulhos International Airport early next year. With these two new routes, nine different European destinations will now be home to LATAM services.

LATAM Airlines Group CEO, Enrique Cueto, stated with these new flights LATAM continue to give Latin American's more opportunity to see the rest of the world. LATAM has launched 30 new routes since 2016 which have covered a lot of area across the world.

Reported by Nasdaq Corporate Solutions, LATAM Airlines Group and its subsidiaries recently released a preliminary report with statistics comparing their monthly traffic for April 2018 and April 2017. Here are the highlights:

It will be exciting to see how this preliminary report will compare to when the definite numbers are released, presumably later this month or early June