Sky Express is a Greek airline chartering domestic services between Crete, Athens and other Greek destinations.

The ATR42 & ATT72 aircrafts have capacity of 48 & 70 seats and the crew is consisted of two cockpit crew members and one (or two in ATR72) cabin crew member. They are spacious aircraft with two double lines of leather seats for comfort and style.

Sky Express baggage allowance is dependant on the fares chosen by the passenger. Fares include one checked in piece of baggage, and one piece of hand luggage.

All fares include one piece of hand luggage with a maximum weight of 6kg and maximum dimensions of 45cm x 35cm x 20cm.

Children have the same baggage allowance as adults, except for infants, who will not have a baggage allowance, but are allowed a special seat carriage, which is usually charged by the airline.

Athens International Airport is the Greek airport that has the most amount of traffic in the country. Currently the most important airline that has its home base at this airport is Aegean Airlines.

Athens Airport has two runaways and can handle 17 million capacity per annum. 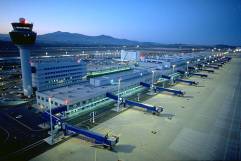