Make a Hebei Airlines Booking and Find Some Amazing Deals

Hebei Airlines (Chinese: 河北航空有限公司) is a Chinese airline which is headquartered in Shijiazhuang, Hebei Province in China. Hebei Airlines was originally named Northeast Airlines (based in China) however was renamed in 2010 and began operating 29th June 2010. From March 2017, Hebei airlines serve 27 destinations in China including a 3 weekly service between Bangkok to Suvarnabhumi.

Passengers in First Class or Business Class are permitted two pieces of carry-on luggage weighing no more than 5kg each. Economy Class passengers are permitted one piece of hand luggage with a maximum weight of 5kg. Bags must not exceed 20cm x 40cm x 55cm.

Hebei Airlines passengers can check-in at counters No. 25-32 at Shijiazhuang International Airport.

Hebei Airlines is based at Shijiazhuang Zhengding International Airport, which is the primary airport serving Shijiazhuang, the capital of the Hebei province in China. There is a high-speed railway pass within 3km south of the airport’s terminal. There is also a frequent bus service to nearby airports, allowing passengers to transfer easily during their transit stays. Other airlines that fly to the airport include Spring Airlines, Hebei Airlines, Beijing Capital Airlines and Hainan Airlines. 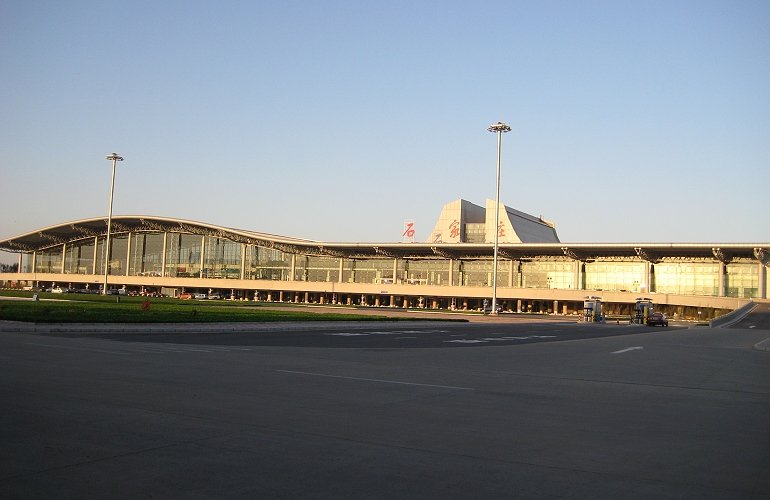 Embraer also said that out of all the firm orders made by these airlines, a single aircraft has yet to be delivered to Hebei Airlines to complete its order of seven units.

Embraer’s firm order backlog at the end of 2017 totalled US$18.3 billion

Embraer Aviação Comercial (Commercial Aviation) delivered its 1400th E-Jet delivered, and the commemorative aircraft was delivered to American Airlines, which in the fourth quarter of 2017 also signed a firm order for another ten E175 jets.

Since it was founded in 1969, Embraer has delivered more than 8,000 aircraft and is a leader in the manufacture of commercial jet aircraft with up to 150 seats.

Hebei Airlines at the launch of winter 2017/18 season is offering service to Singapore, as the airline schedules Shijiazhuang – Hangzhou – Singapore service. From 29OCT17, Boeing 737-800 aircraft will operate this route on daily basis.

Hebei Airlines later this month is adding service to Taiwan, with the scheduling of 3 weekly Shijiazhuang – Taipei Taoyuan route. Boeing 737-800 aircraft will operate this route 3 times a week, from 23SEP17.

Hebei Airlines in the first-half of summer season plans international service debut, as the airline filed Shijiazhuang – Bangkok schedule. The schedule filing sees the airline serving this route 3 times a week, from 27MAR17 to 01MAY17.