GCA Air is a start-up Colombian airline and a subsidiary of the Avior Airlines Group. The airline is based in the city of Cali, Colombia and is based at Cali Alfonso Bonilla Aragón International. The airline is yet to launch but plans to offer domestic flights within Colombia.

The airline was founded as Gran Colombia de Aviación in 2017 but rebranded to 'GCA Air' in 2018 and currently operates under that name.

As of November 2019, the airline remains inactive, with unconfirmed launch dates. However, it did secure its Air Operator's Certificate in late 2019 and announced plans to fly between Cali and Cartagena.

The airline has yet to announce passenger baggage allowance details.

The airline has yet to announce check-in details.

Although currently inactive, the airline currently owns the following aircraft:

In 2017, following destinations requested by GCA Air were approved by the Aerocivil, a government agency of the Colombian Ministry of Transport in charge of regulating civil aviation. Although GCA Air will have the licence to operate to these destinations, it doesn't necessarily mean they will.

Currently, GCA Air is the only airline that uses Cali Airport as a hub. Other airlines that fly to the airport include Aeromexico, American Airlines, Avianca, Avianca Peru, Easyfly, LATAM Colombia, TAC, TAME, and Wingo. 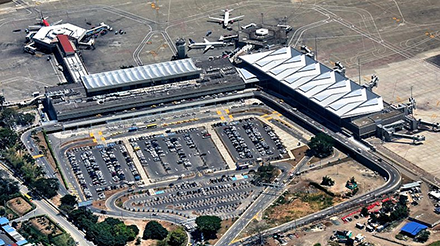