Fuji Dream is a domestic airline that commenced its operations in July 2009. The airline is headquartered in Makinohara, Shizuoka in Japan with its hubs in Shizuoka Aiport (FSZ) and Nagoya Airfield (NKM). The airline was founded in 1993, and in 2004 became an active member of IATA.

The airline purchased its first jets, two Embraer 170 from its parent company Suzuyo & Co., Ltd. on November 2007 which they received on February 2009. The agreement between Embraer and the airline was revised in June 2009, which led the airline to purchase Embraer 175, which was delivered in January 2010. On October 22, 2010, a new contract between Embraer and the airline was signed for the purchase of one 84-seat plus one optional Embraer 175. The Fuji Dream Airline's fleet grew to eight in 2012 and now it currently has 16 jets with one on order.

As of January 2020, the airline uses 16 aircraft with one on order.

The airline only offers one cabin class at this current time which is economy class.

What facilities are available?

Within Fuji Dream Airlines economy class you can enjoy a variety of tasty meals along with hot and cold beverages to choose from. You can stay entertained on the flight by reading a newspaper to keep you connected with the world and also read the airlines inflight magazine 'Dream 3776'.

You'll relax in soft, smooth leather seats which are all ergonomically designed. The width between seats is 46 cm and the distance between the front and rear of the seat is around 79 cm. You'll enjoy an ample amount of legroom to stretch those legs.

The airline allows passengers to take with them one piece of carry on baggage that weighs up to 10 kg and has an overall dimension of 45 x 35 x 20 cm.

Passengers are permitted to take a total baggage weight of 20 kg and a dimension of 50 x 60 x 120 cm. to be at the airport 3 hours prior to departure. 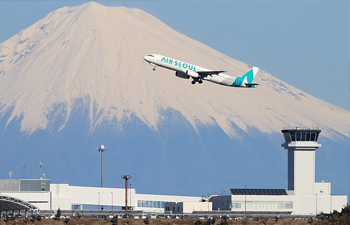 The airline currently is not part of any airline however it does offer codeshare flights for Japan Airlines.

The airline doesn't offer a frequent flyer program at this current time.

The airline doesn't currently offer any WiFi connectivity onboard at this current time.