Make a Flybondi reservation and find some amazing deals

Flybondi, or FB Líneas Aéreas, is an Argentinian low-cost airline based in Cordoba and prides itself in being the first low-cost airline in the country. All of the airline's aircraft were registered in Argentina. Another airlines that flies within Argentina is Aerolíneas Argentinas. The airline has recently announced that from April 2019 it will operate a flight service between Rosari and Tucumán.

Flybondi's fleet consists of Boeing 737-800 aircrafts, which it uses to fly domestic routes between 12 different airports within Argentina.

The baggage allowance is one piece of free carry-on baggage of 30cm x 20cm x 40 cm and up to 6 kgs in weight.

Passengers must store carry-on baggage under their seat once on the aircraft.

Passengers are entitled to one item of free checked baggage. The baggage must not exceed the weight of 25 kgs and can be no longer than 158 cm in linear dimension. Passengers wanting to carry any additional baggage may purchase it in advance or at the airport prior to departure. 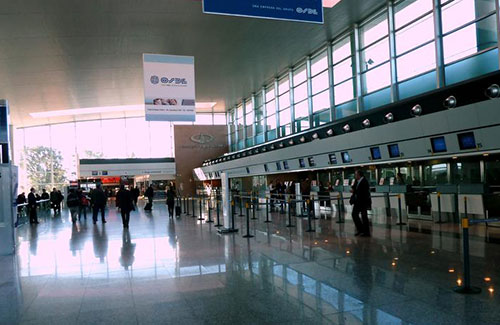