Make a Fly SAX reservation and find some amazing deals.

Fly-SAX rebranded to EastAfrican in 2019. Use the search form at the top of the page to search for flights on EastAfrican or visit out EastAfrican page by clicking on the logo below.

Fly-SAX was a Kenyan airline based at Wilson Airport in Nairobi. The airline still operates today but under the name EastAfrican. During its time as Fly-SAX, the airline was Kenya’s premier safari and private charter airline and offered flights to a variety of destinations including Kenya, Kitale, Lamu, Lokichogio, Maasai Mara, Malindi, Mombasa, Nairobi – all flown to from Jomo Kenyatta International Airport Hub, Nairo Wilson Airport.

Fly-SAX was originally named as East African Safari Air but was rebranded to Fly-SAX in 2010 after the airline was purchased by its parent company and fellow Kenyan airline Fly540. In 2019, it was announced that the airline would be rebranded as EastAfrican.

For all up-to-date information on EastAfrican, please head to our East African page.

Passengers were entitled to one free piece of checked baggage with a maximum weight of 20 kg. There were no specified size limits for checked baggage, as long as the baggage size was in reason.

On flights to safari destinations that were flown with smaller aircraft, the maximum baggage allowance was 15 kg. This was inclusive of carry-on baggage allowance. All baggage had to be soft-case and any excess baggage was subject to a charge of $150 USD per kg.

Online check-in was not available on Fly-SAX flights.

Fly-SAX only offered Economy Class on its flights. The airline had an expertly trained cabin crew that were readily available to assist and tend to passengers needs throughout the flight.

Fly Sax had its own 'Fly-SAX café' at Wilson Airport, where passengers could sit and relax with a range of refreshments before boarding their flight.

The Economy Class cabin had seats that were out in either a 2 x 3 or 3 x 3 formation, with smaller formations on regional jets.

Fly-SAX offered passengers complimentary drinks and snacks. This included sandwiches, bottled water and other light refreshments. On regional flights within Comoros, passengers were also offered breakfast, lunch and dinner, depending on the time of day of the flight.

Due to rules set out by the Kenya Airport Authority, passengers were prohibited from bringing their own food and drink on flights.

The ‘Fly-SAX café’ was available for passengers departing from Wilson Airport, it offered passengers complimentary food and drink before they boarded their flight.

At the time that it merged with EastAfrican, Fly-SAX flew to the following destinations on a scheduled basis: 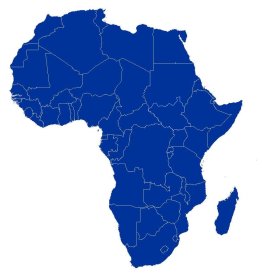 Please click on the logos below to find out more about airlines that fly similar routes to Fly Sax: