Search and buy flights to and around Yellowstone National Park with Alternative Airlines. Read on for more information about how to get to Yellowstone, and which airlines to use. 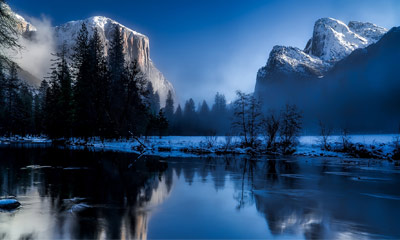 Yellowstone National Park is a national park that spans across 3 of the 52 United States of America: Wyoming, Montana and Idaho. It is an active supervolcano, that has remained dormant since its last eruption 640 thousand years ago. It still has a lot of geothermal features such as geysers, it's most popular being Old Faithful. It was established by the U.S. Congress and signed into law by President Ulysses S. Grant on March 1, 1872. Yellowstone was the first national park in the U.S. and is also allegedly the first national park in the world.

As mentioned, the park is well known for its wildlife and geothermal features. When visiting Yellowstone, make sure you see Old Faithful in action, as it erupts a jet of hot water every 44 to 125 minutes! Native Americans have lived in the Yellowstone region for at least 11,000 years. Aside from visits by mountain men during the early-to-mid-19th century, organised exploration did not begin until the late 1860s.

Yellowstone National Park spans an area of 3,468.4 square miles (8,983km2), comprising lakes, canyons, rivers and mountain ranges. One of the largest high-elevation lakes in North America is centred over the Yellowstone Caldera. Yellowstone National park is situated on top of a "supervolcano", a term awarded to it due to its caldera being formed by exceptionally large explosive eruptions. The caldera is considered an active volcano. Half of the world's geothermal features are in Yellowstone, fuelled by this ongoing volcanism. One of the standout things to see at Yellowstone National Park is the Grand Prismatic Spring, which is featured on our 10 of the Most Unbelievable Places on Earth blog. 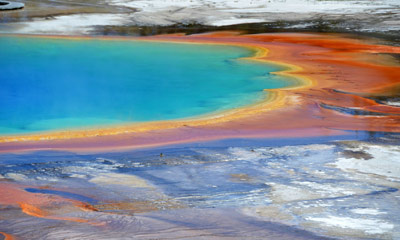 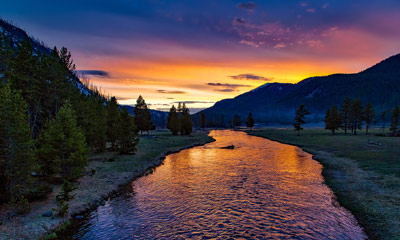 Airlines that fly to IDA include Allegiant, who flies from Las Vegas and seasonally from Oakland and Los Angeles. Delta also flies from Salt Lake City, Utah and seasonally Minneapolis. United Express, operated by SkyWest Airlines on behalf of United Airlines, flies from Denver Colorado.

Jackson Hole Airport (JAC): This airport, near Jackson, Wyoming, is situated completely within Grand Teton National Park, meaning you're in for some jaw-dropping views if you land here! This airport is closest to the southern entrance of Yellowstone

Yellowstone Regional Airport (COD): This airport is located in Cody, Wyoming, and acts as a year-round gateway to the national park.

Airlines that fly to COD: This full-service Wyoming airport is served year-round by a Delta Connection operated by SkyWest Airlines through Salt Lake City, Utah. United express also have flights to Denver and, seasonally, Chicago.

Yellowstone National Park is preparing to hire up to 400 summer employees to staff up before tourists flock to the park. Spokeswoman Linda Veress says seasonal workers can only be employed for six months. She says the park has to consider staffing needs during the park's busiest months when setting new hires' start dates. The Billings Gazette reports that Yellowstone receives its highest number of visitors from June through September, but numbers typically peak in July. More than 4.1 million people visited the park last year. Some local officials worried that the Department of Interior's proposal to increase park entrance fees would lower visits, but recent media reports suggest that proposal could be on hold.