Make a BMI Regional Booking and Find Some Amazing Deals

Following BMI's takeover of Bmibaby in April 2012, November 2012 was Bmi Regional’s first month operating as a fully independent airline, after having been sold by British Airways’ parent group IAG.

In total the airline served 31 scheduled destinations (46 destinations including codeshares) across 11 European countries on 28 routes.

Bmi Regional was a fully Economy airline, and its cabin was entirely dedicated to providing a quality economy service.

Bmi Regional only offereed standard seating. The airline described this provision as a “premium”: rather than defining the class as Economy or business, the new Premium class was aimed at being an all-in one service.

Depending on the length of the flights, passengers could enjoy on-board meal options, as well as snacks and beverages. Duty free shopping was available.

All (standard) Economy passengers were entitled to one piece of free checked and carry-on baggage.

Enjoy comfortable seating. The team will be on-hand to help. 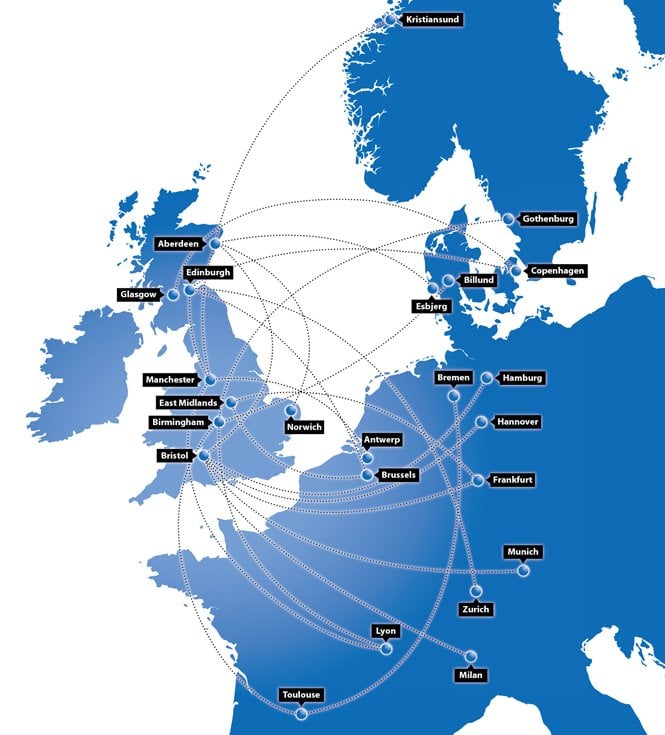 Bristol Airport, located at Lulsgate Bottom in North Somerset, is the commercial airport serving the city of Bristol, England, and the surrounding area.

Airlines that fly from and to Bristol Airport include KLM, WOW air, easyJet, Thomson, and Aer Lingus.