Make an Airwing Booking and Find Some Amazing Deals

Airwing passengers must arrive at the gate at least 20 minutes before flight departure time.

Airwing will only allow onboard small packages (eg briefcases) that can be placed between the passenger seats. A maximum total weight of 2 kg is allowed.

Airwing allows a maximum total weight of 20kg of baggage per passenger. No single item of baggage should weigh more than 10kg. Luggage that is not a suitcase, bag or backpack is described as oversized luggage. For carriage of special baggage, please contact Alternative Airlines.

Oslo Airport, is the main international airport serving Oslo, the capital of Norway. It is the hub airport for Scandinavian Airlines, Norse Atlantic Airways and Widerøe. Each year the airport handles over 20 million passengers. Some of the airlines that fly from the airport include Norwegian Air Shuttle, Thomas Cook Airlines, Widerøe, Flyr and Wizzair. 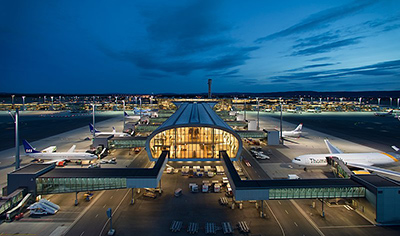