Lufthansa CityLine is currently one of the largest regional airline in Europe, is the wholly-owned daughter of mighty German national airline, Lufthansa.

Lufthansa CityLine is based at Munich Airport and at Frankfurt Airport.

The airline offers mores than 360 daily flights to more than 72 destinations using a fleet of Bombadier CRJ aircraft and Embraers E 190's and 195's using the Lufthansa CityLine brand.

Frankfurt Airport is a major international airport located in the fifth-largest city of Germany. It is operated by Fraport and serves as the main hub for Lufthansa including Lufthansa CityLine and Lufthansa Cargo as well as Condor and AeroLogic.

The airport is also a European hub of United Airlines. The airport covers an area of 2,000 hectares  of land and features two passenger terminals with a capacity of approximately 65 million passengers per year, four runways and extensive logistics and maintenance facilities. 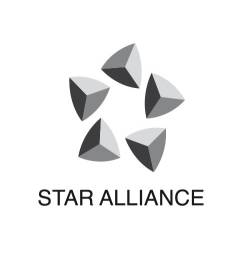 Star Alliance is the leading global airline network, which has 27 member airlines. Star Alliance was founded in 1997 with the five founding airlines: Scandinavian Airlines, Thai Airways International, Air Canada, Lufthansa and United Airlines. The alliance has grown considerably now to airlines which fly to 1,321 airports and 193 countries, carrying 637 million passengers every year!