Make a K2 Airways Booking and Find Some Amazing Deals

K2 Airways, or K2 Airways (Private) Ltd, is a start-up airline founded in 2017. It plans to run passenger charter services from its base in Karachi, Pakistan.

Although founded in 2017, the airline is currently yet to begin operations. It ha original plans to operate flights at the beginning of 2019, however, these plans never sufficed. The airline will be based in Karachi International Airport, and will be offering passenger services to destinations around Pakistan. They intend to initially offer charter passenger and cargo flights for a while, before beginning its desired services of scheduled passenger flights to both domestic and international destinations.

Although nothing is currently confirmed in terms of the K2 Airways fleet, it is rumoured to begin its operations with turbopops or Dash 8-400s.

This airport is the hub for airlines such as Pakistan International Airlines, air blue, Shaheen Air and Serene Air. Jinnah International Airport also runs services for a number of airlines including Thai Airways, Saudia, flydubai and DHL Aviation. 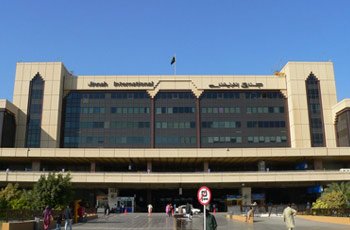 Please click on the logos below to find out more about airlines that fly similar routes to K2 Airways: