Make a Go2Sky Booking and Find Some Amazing Deals

Go2Sky is a charter airline based in Bratislava. Go2Sky was founded in 2013 and leases their aircraft to other airlines as well as operating ad-hoc charter flights. Go2Sky has a history of leasing aircraft to a number of airlines across Europe, Africa and Asia.

The Go2Sky fleet is comprised of entirely Boeing 737-800 aircraft. The airline has four of this type.

Go2Sky has leased aircraft to a number of airlines within Europe including UIA, Travel Service, Arkia, Norwegian Air Shuttle, Royal Air Maroc, Czech Airlines, Mistral Air, and AlbaStar. Its aircraft is available for operation to any B737-400 certified airport in Europe, Asia and Africa.

Bratislava Airport, also known as Milan Rastislav Štefánik Airport, is an international airport in Slovakia and the hub airport for Go2Sky. The airport is located northeast from the centre of Bratislava and is the main gateway into Slovakia. Go2Sky operates non-scheduled passenger, cargo and mail services from the airports only active terminal — Terminal A. Bratislava Airport also has two other terminals which are currently out of service. Terminal B was built in the mid-'90s and was designed to handle all flights coming to and from Schengen countries and Terminal C was built in the mid-2000s. 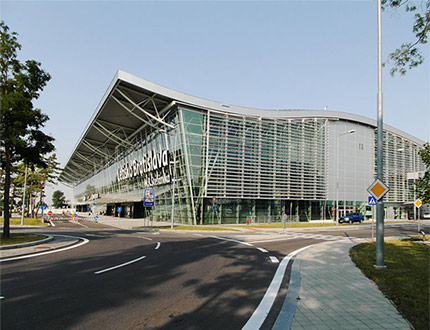