Unfortunately, Euroflot stopped flying in 2015. You can search for similar flights to Euroflot on the following airlines.

EuroLOT was a Polish airline (1996–2015). The airline was based at John Paul II Kraków Airport (KRK) and offered short-haul flights to several destinations within Europe.

The airline launched in 1996 as a subsidiary of LOT Polish Airlines. Initially, it flew its own flights under the EuroLOT brand. However, years after launch, it began operating many flights on behalf of LOT Polish from its base at Warsaw Frederic Chopin Airport (WAW).

In 2015, the airline had to cease all operations due to financial difficulties. LOT Polish went on to take over some of EuroLOT's routes, whereas others were completely terminated.

Eurolot operated a fleet of narrow body aircraft. At the time that it stopped flying, the airline had a fleet of 11 Bombardier Q400.

Eurolot flew to the following destinations at the time that it stopped flying.

John Paul II Kraków Airport (KRK) is an international airport in Kraków, Poland and was the hub airport for EuroLOT. The airport has one terminal and one runway that is used for commercial flights. Kraków Airport serves around 8 million passengers each year.

Currently, there are no airlines based at Kraków Airport. Although EuroLOT used Kraków Airport as its main hub, it also used Gdańsk Lech Wałesa Airport (GDN) and — for flights operated on behalf of LOT Polish Airlines — Warsaw Frederic Chopin Airport (WAW) as secondary hubs. 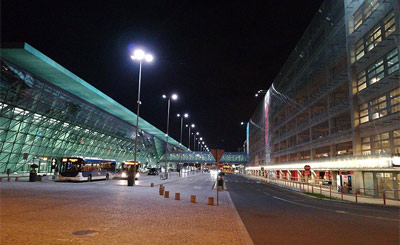