Air Vallee is a regional Italian airline, which flies between Albania, Greece and Italy. In 2014, Air Vallee replaced its Dornier 328 jet with Fokker 50 aircraft. Air Vallee's fleet consists of "turboprop" aircraft type Fokker 50 with a 50-seat configuration. Air Vallee was founded in 1987 to promote the commercial development of Aosta Airport.

Air Vallee flies to destinations such as Tirana, Corfu, Zakynthos, Bari, Brindisi, Catania, Naples, Pescara, Rimini and Arad. As of September 2014, Air Vallee was operating only charter flights, but it has since resumed flights to destinations in Italy.

Baggage allowance is the same for all fares.

Economy Class is Air Vallee's only cabin class. The cabin offers a pleasant and relaxed journey, with a simple but well thought-out service.

The Economy Class experience is delivered by the airline's expertly trained cabin crew.

On certain flights, passengers will be able to order food and drink from the airline's in-flight menu.

The airline operates using different aircraft depending on the route flown. However, seats are typically set out in a 2 x 2 or 3 x 3 formation and are designed to give comfort and space for the duration of the flight. 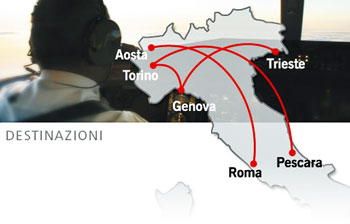 Genoa International Airport is a minor airport in Italy and is the hub airport for Air Vallee. Other airlines which fly to and from Genoa International Airport include Air France, Alitalia, Blu-express, KLM, British Airways, Lufthansa Regional, Meridiana, Ryanair, Thomas Cook Airlines, Thomson Airways, Volotea and Vueling. It has one runaway and can handle nearly 1.3 million passengers every year.