Sky Angkor Airlines announced it was to develop business ties with T'way Air to develop new routes and cooperate in flight operations. On Friday in Phnom Penh, the two airlines signed a memorandum of understanding to jointly develop new routes and operate their existing routes, T'way Air said in a statement. Through the partnership, T'way Air expects to strengthen its services on routes to Vietnam and Cambodia, popular destinations for South Koreans during holidays.

T'way Air, a unit 80 per cent owned by T'way Holdings, currently serves 39 routes to eight countries with a fleet of 18 B737-800 jets, all leased from Boeing. It aims to reinforce the fleet to 30 jets by 2020 and 50 by 2025. Sky Angkor Airlines is an airline based in Siem Reap, Cambodia and is a joint venture between Korean and Cambodian investors. It serves on two domestic routes and 10 international routes. 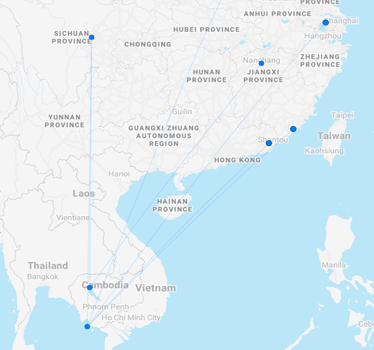 It is the hub airport for Sky Angkor Air and has one runaway and can handle nearly 4 million passengers every year.

Other airlines which fly to and from this airport include AirAsia, Air Busan, Air China, Asiana Airlines, Cambodia Angkor Air, China Eastern Airlines, Far Eastern Air Transport, China Southern Airlines and many others. 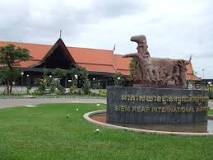