Make an flycana Booking and Find Some Amazing Deals

flycana, previously Dominican Wings, is a Caribbean airline based in Santo Domingo, Dominican Republic. The airline originally operated charter flights from 2014—2018, however, in 2018 it revealed plans to operate low-cost flights. The airline has now selected Santo Domingo Las Americas as its base.

flycana was previously named Dominican Wings, now rebranded to Arajet. This airline was a Caribbean airline based in Santo Domingo, Dominican Republic.

flycana's fleet currently consists of one 180 seat Airbus A320-233, which it still holds from when it operated under the name Dominican Wings. 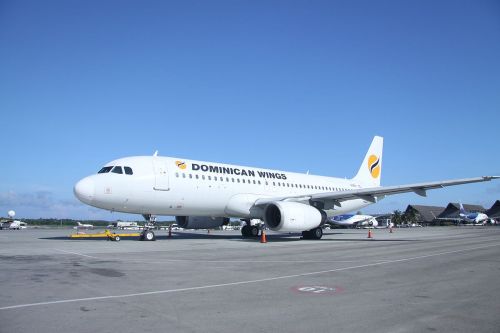 There is a definite sense of optimism surrounding the new low-cost carrier formerly called Dominican Wings. It comes at a great time for the country's aviation industray, which have been focussed on creating a stability and growth for new routes in and out of the Dominican Republic. These predictions come from the careful planning and implementation of the company so far, although there is still a little way for flycana to come!

After announcing plans to operate as an ultra low-cost carrier, Dominican Wings have recently revealed that it will completely rebrand itself under the name flycana. The airline will be run by William Shaw, founder and former CEO of VivaAirColombia and VivaAirPerú and Victor Pacheco who is a major shareholder within flycana.

The planned carrier said in a statement that it still intends to operate as an ultra low-cost carrier, fying within the Caribbean and the Americas.